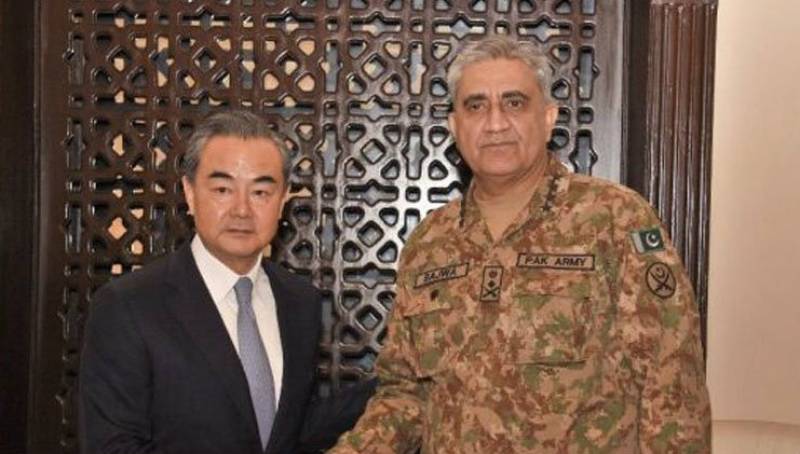 Wang Yi’s visit comes on the heels of the visit by US Secretary of State Mike Pompeo. He is the first senior Chinese official to hold meetings with the new government, having been invited by the Pakistani foreign minister.

During the meeting at the General Headquarters, matters related to regional security and bilateral cooperation were discussed.

The Chinese foreign minister said that Pakistan-China relationship is based on the convergence of views and mutual respect.

Appreciating professionalism of Pakistan Army, Wang Yi said that the world should acknowledge Pakistan’s efforts towards regional peace and stability.

He appreciated security provided to CPEC and said that China believes in inclusive prosperity.

General Bajwa thanked the Chinese foreign minister for his visit and continued Chinese support to Pakistan. He said Pakistan has suffered from global contestation but we are poised to claim our rightful place in the comity of nations through the commitment to peace and stability. 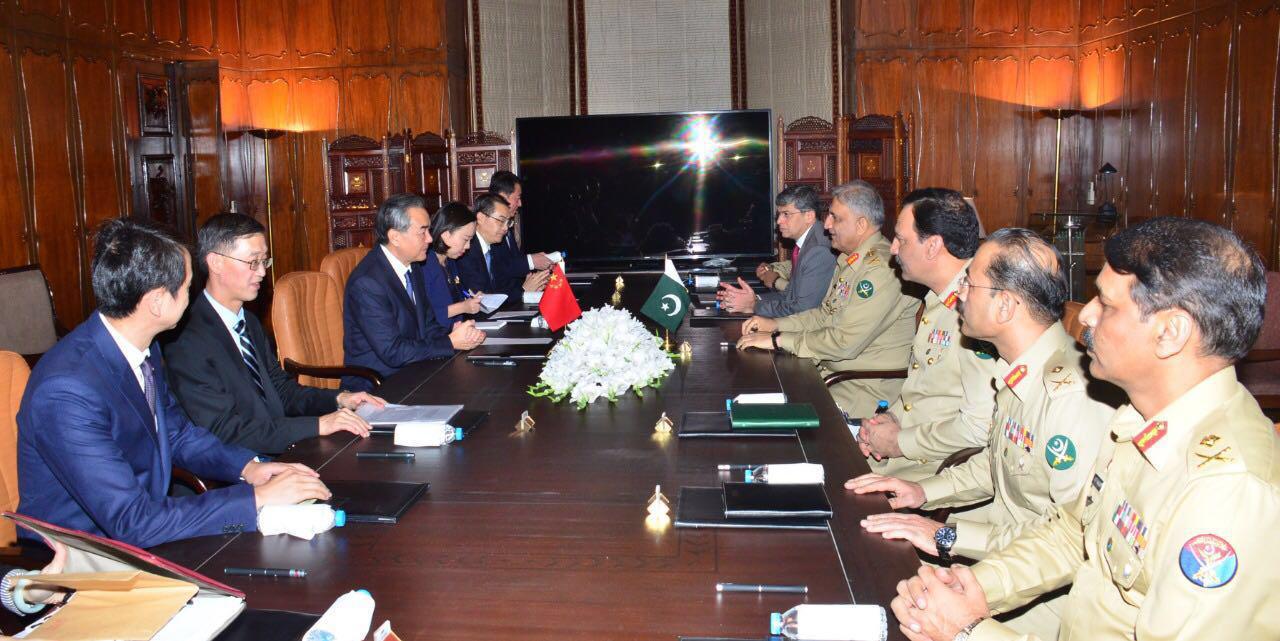 The Chinese Ambassador in Pakistan, Yao Jing was also part of the delegation.