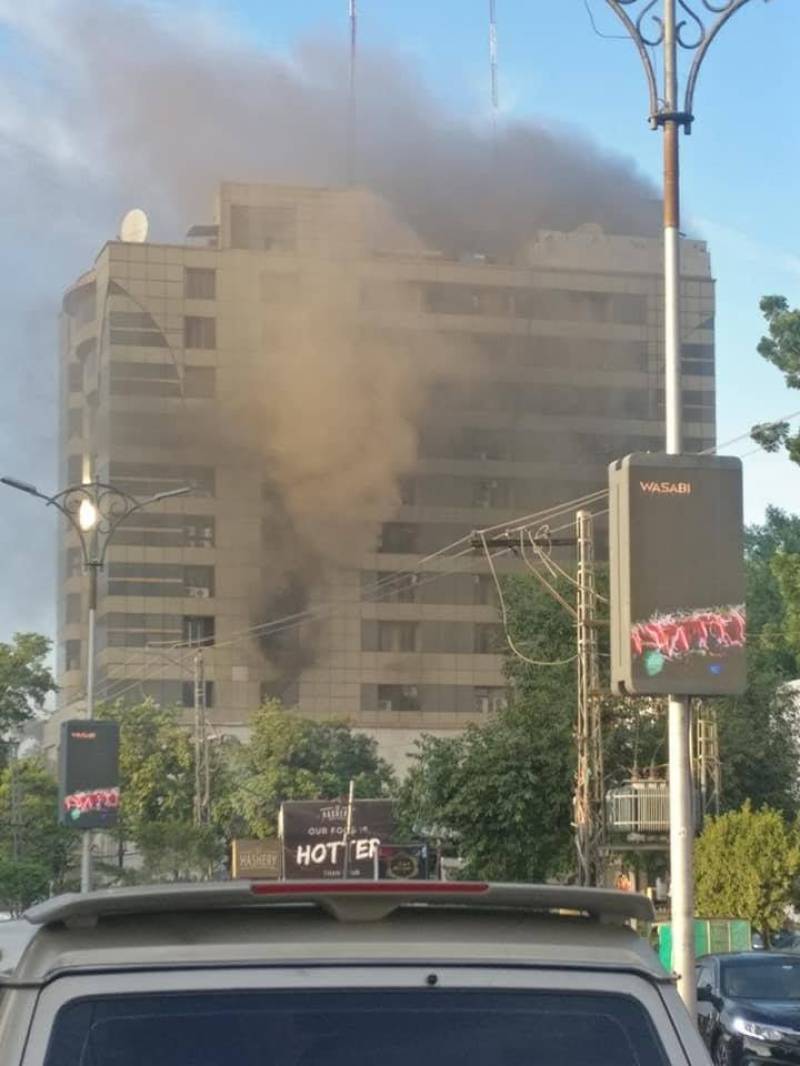 LAHORE - One of the two men, who jumped out of a shopping mall in a desperate attempt to escape the blaze, has been confirmed dead, hospital officials said Saturday.

The deceased has been identified as Imran, son of Ikram. He was being treated at Services Hospital, with another man, before he succumbed to his injuries.

Firefighters managed to put off a massive fire erupted at the building in the heart of Punjab capital after hours of hectic efforts.

#Fire in a building on MM Alam road. Many People are stuck ... Saw a lady running towards the building n trying to call someone there. Felt soooo helpless @PunjabSafe @ChMSarwar @ImranKhanPTI @fawadchaudhry pic.twitter.com/1i9ho0hKKE

All the people in the five-storey building were evacuated, Punjab Information Minister Fiazul Hassan Chohan told the journalists in Lahore.

The minister reached the shopping mall located at Gulberg's MM Alam Road, a famous shopping hub in the capital, where he inspected the rescue activities.

"The plaza is owned by former Punjab CM Shehbaz Sharif's son in law. Investigations are underway on the cause of the fire," Chohan said while briefing the media over the incident.

LAHORE - Documents related to companies like Saaf Paani and Punjab Power are feared to have gone up in flames in a ...