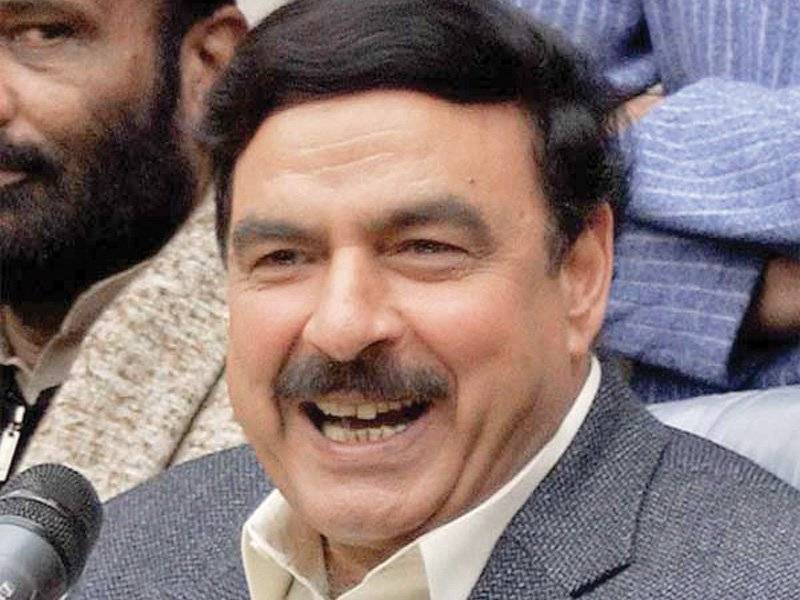 JARANWALA - Awami Muslim League (AML) chief Sheikh Rasheed has once again announced to leave the politics, but this time, he has bet his years-long career on his 'buddy' Pakistan Tehreek-e-Insaf (PTI) chief Imran Khan.

Rasheed addressing a public gathering in Jaranwala here the other day claimed that he would bring the politics of Sharif family to an end, adding that the nex government would be made by Imran Khan.

Risking his political career, Rashid said that the incumbent government would not be able to survive after March 2018.

Referring to the ongoing trial of Sharif family at an accountability court, the AML chief said that the 'looters' would be arrested in February.

It is not the first time that Rasheed had proclaimed his conditional retirement from the politics.

Recently, Rashid has said he will take LNG case against Prime Minister (PM) Shahid Khaqan Abbasi to court and he will quit politics if he does not succeed in proving corruption against him in the case. However, the case is under-hearing in the court.

In early 2014, Sheikh Rasheed claimed that if the exchange rate of US dollar is reduced to Rs 98 he will resign. However,

However, then finance minister Ishaq Dar managed to come down to Rs 98, but once again Sheikh Rasheed has back out of his promise.