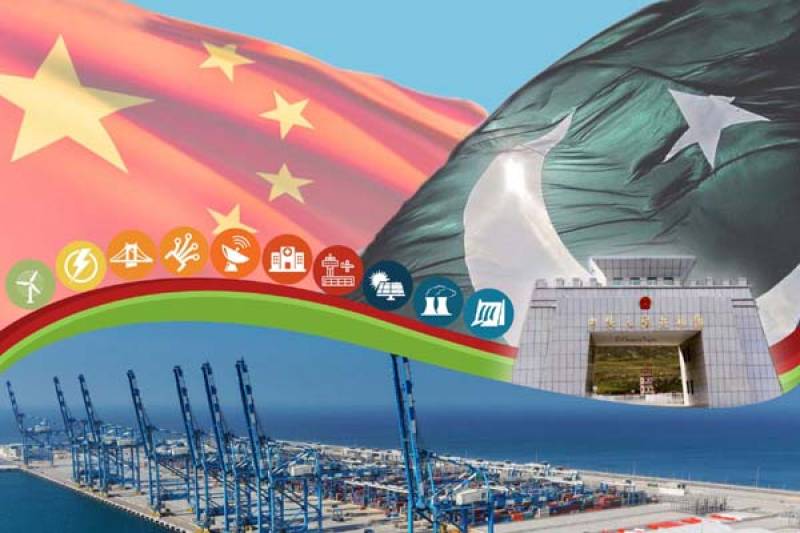 ISLAMABAD - A team of Chinese Socio-Economic Development experts would visit Pakistan in the last week of the current month to finalize the projects and their sites in already agreed six different areas under China Pakistan Economic Corridor (CPEC) including health, education, water supply, vocational training, poverty alleviation and agriculture.

This was disclosed by the spokesman of the Ministry of Planning, Development and Reform here on Saturday.

The spokesman in a statement, also clarified a news item published in a section of press regarding delays in implementation of CPEC, saying that none of the CPEC projects is facing delay; rather Pakistan and China are agreed on the future trajectory of the CPEC and timely completion of its on-going projects.

He told the successful 8th Joint Cooperation Committee meeting laid the foundation for the expansion of CPEC to new heights. For future, he said joint efforts are underway, focusing on socio-economic development and accelerating cooperation in industrial development as well as agriculture.

The MoU on the formation of JWG on Socio-economic development and MoU on Poverty Reduction has been signed during the Prime Minister’s visit to China in November this year, the spokesman added.

Recognizing the significance of Gwadar as an important node in cross-regional connectivity and the central pillar of CPEC, he said Pakistan and China have agreed to speed up the progress on the Port and its auxiliary projects. The groundbreaking of New Gwadar Airport, vocational institute and hospital are planned in the 1st quarter of this year.

Gwadar Master Plan is being prepared and it is in the final stages of formulation.

Huge investment is expected in the petrochemical sector at Gwadar, he told. Pakistan and China, the spokesman said have expedited the work on industrial cooperation under CPEC and the government has expedited development of economic zones by prioritizing Rashakai, Dhabajhi Faisalabad and ICT SEZs with a vision to make 2019, as a year of industrial development under CPEC.

Pakistan and China have expedited cooperation in the field of agriculture with a special focus on enhancing cooperation in the areas of climate change, desertification control, desalination, water management, afforestation and ecological restoration, wetland protection and restoration, wildlife protection, forestry industry development, disaster management and risk reduction and other areas of mutual interest.

A subgroup has been elevated to a full-fledged joint working group and its meeting is planned to be held in the first quarter of this year, he said.

The government, the spokesman said promotes the development of hydro energy projects and more projects based on indigenous sources are being added to CPEC portfolio.

Similarly, he said the process has been initiated to prepare an integrated plan in line with Special Economic Zones (SEZs) development aimed at facilitating logistics and transportation for the zones.

He told that it has been decided to complete the modalities for all weather opening of Kara Koram Highway at Khunjrab.

ML-1 designs and scope are being firmed up jointly. The government of Pakistan has prioritized implementation of Western Route project with a focus to expedite development of DI Khan-Zhob and Zhob-Quetta sections in order to ensure uplift of less developed areas of Khyber Pakhtunkhwa and Balochistan.

The completion of two early projects of CPEC; Peshawar-Karachi Motorway (Multan-Sukkur) and KKH Phase II (Thakot -Havelian) are planned in August 2019, and March 2020, respectively but both the projects are expected to be completed ahead of its schedule, he expressed.