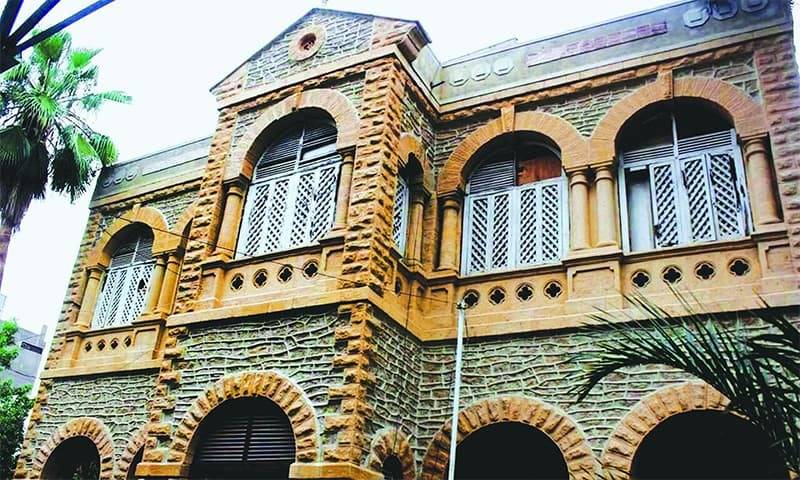 KARACHI - Dozens of armed men barged into the Karachi Press Club (KPC) Thursday night and harassed journalists, according to a statement issued by the management.

The unidentified persons in plainclothes reached the press club in half a dozen double-cabin vehicles, land cruisers and other vehicles while a police mobile was also accompanied by them.

The armed men entered KPC and forcibly filmed and took photos of the offices, causing unrest among the journalists.

When the intruders were asked about their activities, they did not give any satisfactory response, the statement said, adding that the armed men, later, fled the scene. 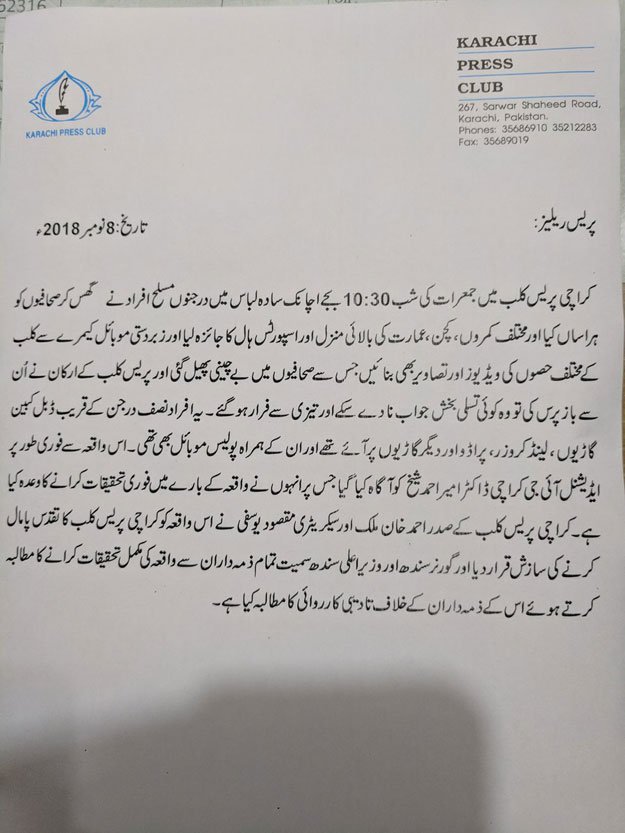 Meanwhile, President KPC Ahmed Khan Malik and Secretary Maqsood Yousufi calling it a conspiracy to violate the sanctity of the club have urged the Sindh chief minister and governor to take notice of the incident.