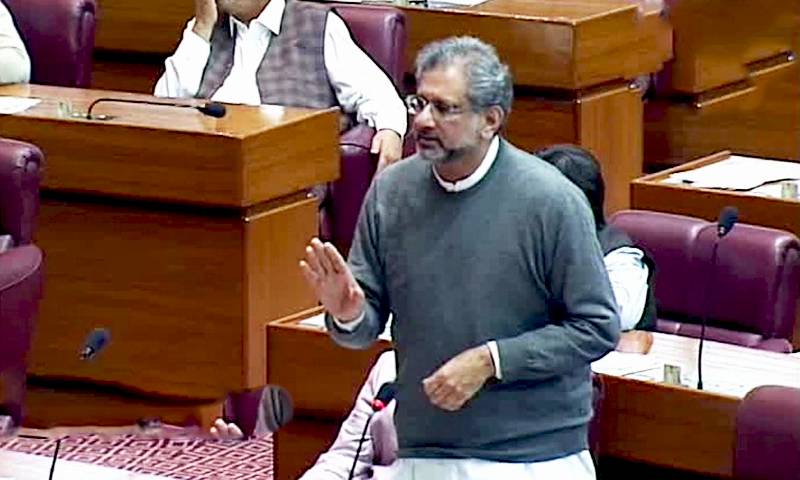 PML-N leader Marriyum Aurangzeb said the PPP had "joined the privilege motion moved by PML-N in writing". She added that the rest of the opposition parties had also supported the motion, signed by Leader of Opposition in the Parliament Shahbaz Sharif.

The motion said that DG NAB Lahore Saleem Shahzad had given interviews to multiple news channels "with the consent" of the NAB chairman. The NAB Lahore DG "provided details of the matters that are sub-judice" and "maligned the reputation" of opposition members in the National Assembly, the motion said. 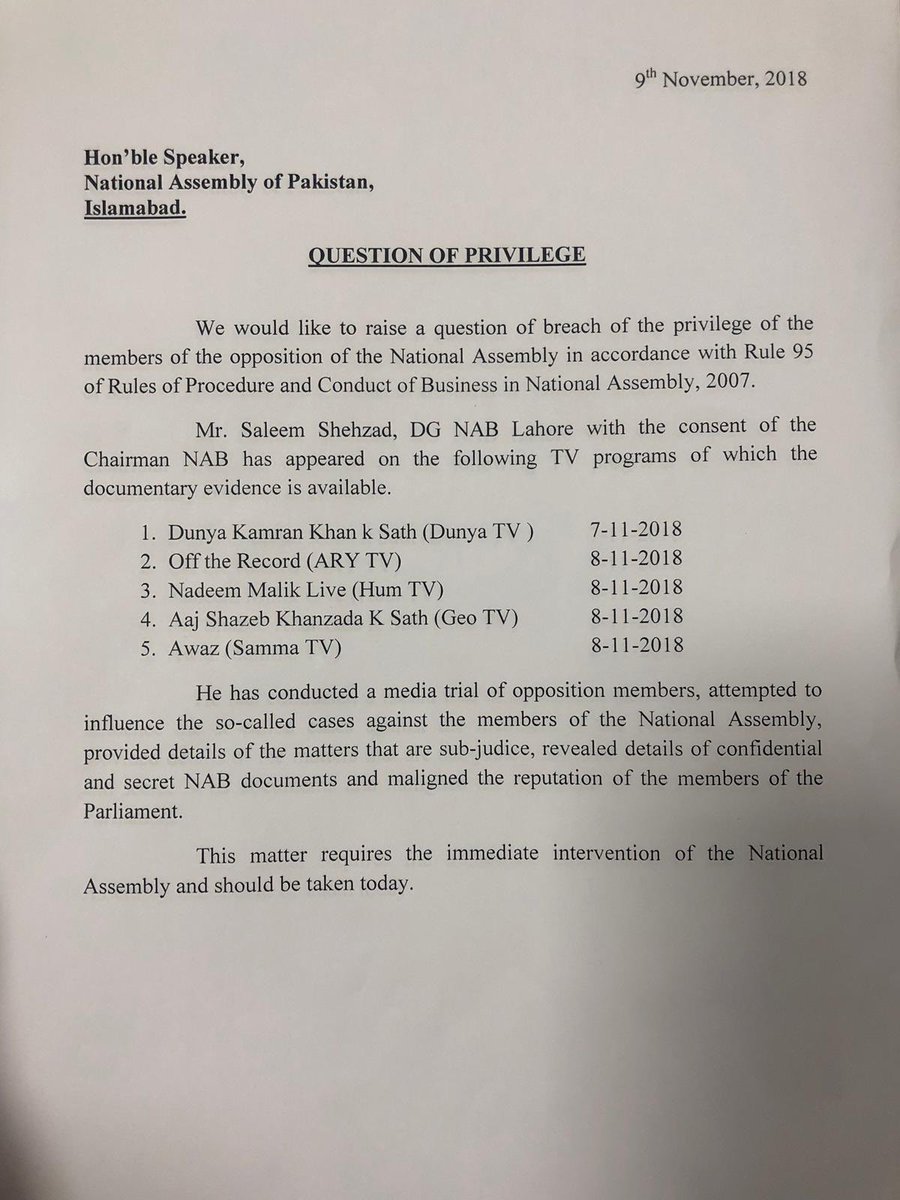 The notice also accused Shahzad of revealing confidential information and urged National Assembly to intervene in the matter immediately.

Later during the day, former premier Shahid Khaqan Abbasi and other senior PML-N leaders addressed the media and spoke about the DG NAB's interviews which they termed a form of "political revenge".

“It has become clear what NAB is doing. It's pretty simple what's happening but if I say it then a NAB case will be formed," the PML-N leader said while addressing the media.

"A NAB official is conducting media trial of MNAs on the directions of the accountability watchdog's chairman," he said.

Stating that a privilege motion has been submitted in NA, Abbasi said, "We don't want those who are on the government payroll to hold people accountable."

“NAB is being used to control politics,” he added. Further, he said, "NAB officials are saying the same things that ministers are."

The former premier regretted, “Today, people are being defamed which is an attempt to take political revenge."

"The NAB chairman should contact me and I will give him two cases to look over,"the former premier stated.

Abbasi continued, "The leader of the opposition in the National Assembly is under arrest and the DG NAB shared details of his case on television. However, there was no truth in the details he shared."

"If NAB wants to conduct a media trial then they should make us sit with them and conduct it," he added.

The former premier lamented, "Allegations are levelled without any evidence by NAB officials and this is truly strange."

"We hope a suo motu notice will be taken of the issue," the former premier said.

"Actions that were not taken by dictators are being taken by the current government," Abbasi asserted.

Regarding reports that DG NAB Lahore holds a fake degree, Abbasi said, "If he does, then he should be held accountable."

The DG NAB in his interviews said that the anti-corruption watchdog would file a reference against Opposition Leader in National Assembly Shehbaz Sharif by the end of this month.

He said that a case registered against Punjab minister Aleem Khan was being investigated. Some documents were required from abroad in the case relating to Khan and a verdict would be announced once those documents were received, he added.

Shehzad further said that if needed in any case, Chaudhry brothers and Moonis Ilahi would be taken into custody.