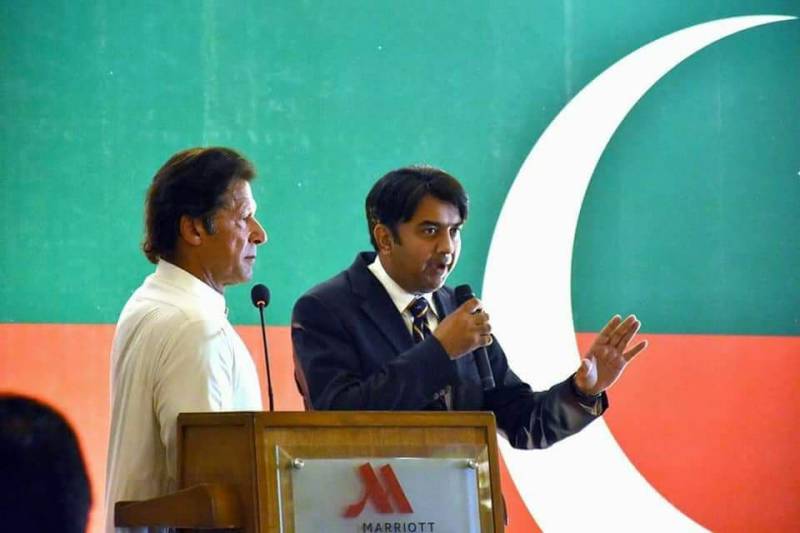 LAHORE - Pakistan Tehreek-e-Insaf leader, Yasir Humayun Sarfraz, who is expected to take over the reins of Punjab as the next chief minister had demanded merely a ministry in the province from party chief Imran Khan.

Revealing the interesting details about how Humayun caught the attention of Imran Khan for being amongst the potential candidates for the chief executive of the province, columnist Mansoor Afaq expressed in his write up that the cricketer-turned-politician summoned the young lawmaker-elect after the elections and told that he should be appointed at a better administrative position.

To this, Yasir Humayun replied that he should be handed over the portfolio of education in the province as his objective was to work for the betterment of the sector, however, he is now being considered for the slot of chief minister Punjab.

The columnist stated that Humayun received his early education from the upscale Aitchison institute and then headed to Florida for securing the higher education, adding that he is credited for establishing the Myers College in Chakwal, which is affiliated with the Cambridge University.

Humayun is being tipped to be the next chief minister of Pakistan's most populous province but a final decision in this regard is pending, which would be out in the next few days.

Another potential candidate is Hasnain Bahadur Dareshak who hails from Rajanpur and is an engineer by profession; the politician served under the chief ministership of Punjab as a finance minister.

Moreover, Dr Murad Raas can also be the choice for the next CM. He had secured a degree in Business Administration from California and traces his origin to Gujrat.

The insiders in PTI also claim that Fawad Chaudhry, the party spokesperson matches Dr Murad Rass when it comes to the age factor and so he should be preferred over the latter due to his oratory skills.