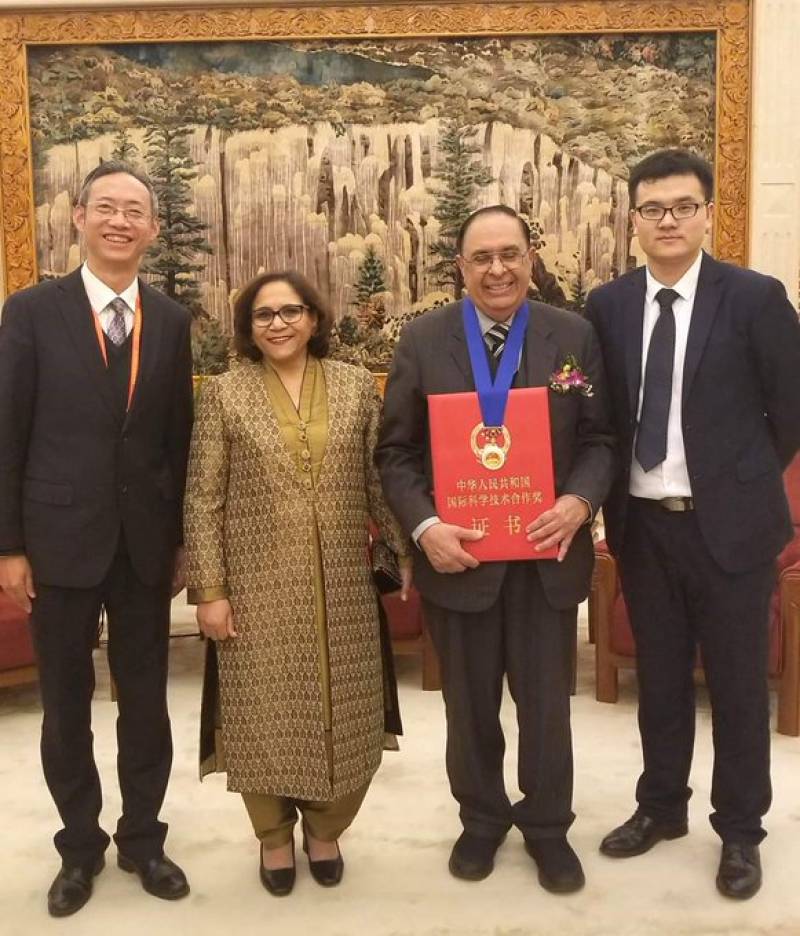 BEIJING - Renowned Pakistani scientist Prof. Dr Atta-ur-Rahman has been conferred the highest scientific award of China in a ceremony held at the Great Hall of the People here on Friday.

The International Scientific and Technological Cooperation Award is the most prestigious national science and technology award of China. It is granted to foreign scientists, engineers or organizations that have made important contributions to China’s bilateral or multilateral scientific and technological cooperation.

The ‘China International Science and Technology Cooperation Award’, for the year 2020 has been awarded to Prof. Dr Atta-ur-Rahman in recognition of his significant contributions in the field of Chemistry.

It is pertinent to mention here that China and Malaysia have also established major research Centers in his name in recognition of his international eminence.

However, he has also served the nation as a federal minister for science and technology, and chairman higher education commission.

Prof. Atta-ur-Rahman is the most decorated scientist of Pakistan having won four civil awards including Tamgha-i-Imtiaz, Sitara-i-Imtiaz, Hilal-i-Imtiaz and the highest national award Nishan-i-Imtiaz.

He obtained his PhD in organic chemistry from Cambridge University (1968). He has 1250 publications in several fields of organic chemistry including 775 research publications, 45 international patents, 69 chapters in books and 341 books published largely by major U.S. and European presses.

He is the Editor-in-Chief of eight European Chemistry journals and is editor of the world’s leading encyclopedic series of volumes on natural products “Studies in Natural Product Chemistry” 62 volumes of which have been published under his editorship? during the last two decades.

As many as 82 students have completed their PhD degrees under his supervision. He has also been awarded various national and international awards in recognition of his outstanding contributions to the field of science and technology.