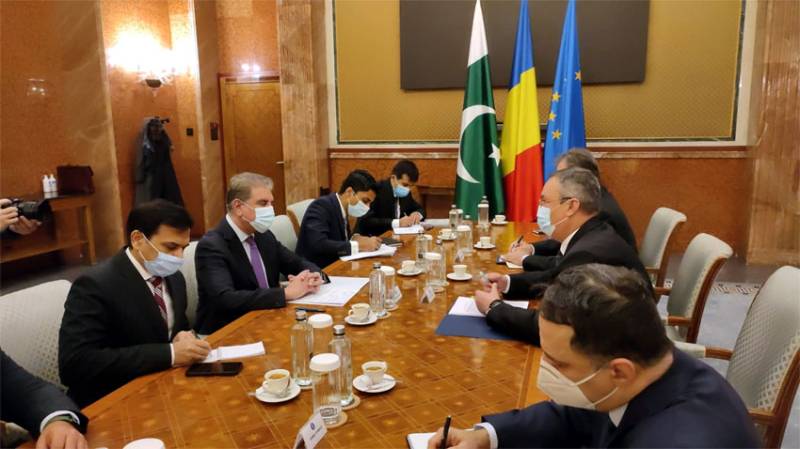 ISLAMABAD – Romanian Prime Minister Nicolae Ciuca has appreciated Pakistan for its role in the context of the Afghan situation.

He stated this while talking to Foreign Minister Shah Mahmood Qureshi, who is in Romania on first leg of his two-country tour, during a meeting in Bucharest.

The premier was also appreciative of the cooperation extended by Pakistan for the evacuation of Romanian nationals from Afghanistan.

In his remarks, Qureshi expressed Pakistan's desire to develop broad-based relationship with Romania.

He said improvement in bilateral relations between Pakistan and Romania in different fields in recent times is a manifestation of the vision of the leadership of both the countries.

The foreign minister also apprised the Romanian Prime Minister about the situation in Indian illegally occupied Jammu and Kashmir as well as Pakistan's positive role in Afghanistan.

He also thanked PM Ciuca for the announcement of gift of 500,000 doses of Covid vaccines to Pakistan.