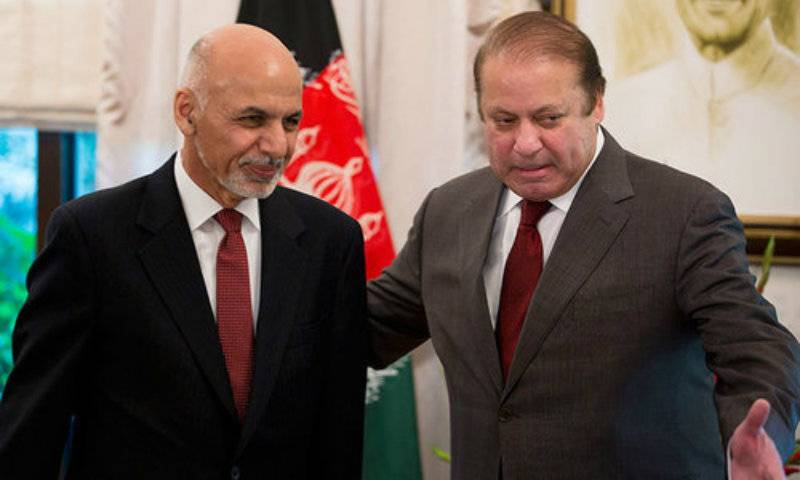 ASTANA, Kazakhstan - Prime Minister Nawaz Sharif and Afghan President Ashraf Ghani held a bilateral meeting on the sidelines of the Shanghai Cooperation Organization summit in Astana, the Foreign Office said in a statement on Saturday.

"Prime Minister Sharif joined President Ghani in condemning the recent terror attacks, especially the wave of violence in Kabul following a truck bomber in [the] centre of the city last week resulting in loss of life and injury of hundreds of people." the FO statement read.

KABUL - As many as 90 people were killed while over 300 were left injured when a massive blast went off in the heart of ...

Relations between the two countries have been on a low note recently, with both sides accusing each other of harbouring terrorists. Afghan President Ghani had recently accused Pakistan of waging 'undeclared war of aggression' against Afghanistan.

ISLAMABAD - Afghanistan have cancelled all cricket fixtures with Pakistan blaming the Islamic neighbour country for ...

During Saturday’s meeting with the Afghan president in the Kazakhstan capital city, the Pakistan premier recounted the human and economic sacrifices made by Pakistan in fighting terrorism in the meeting, which revolved around terrorism-related issues faced by the two neighbouring nations.

PM Sharif reiterated Pakistan's commitment to peace and stability in Afghanistan. He mentioned Pakistan's efforts for peace, stability and economic progress of Afghanistan and in hosting millions of 'brotherly' Afghans who have been residing in Pakistan for the past 37 years.

He also stated that terrorism was a common threat to both countries, which Pakistan and its forces are 'valiantly' fighting. The importance of close cooperation for the elimination of terrorism was also highlighted.

"The two leaders agreed to use the Quadrilateral Coordination Group (QCG) mechanism as well as bilateral channels to undertake specific actions against terror groups and to evolve, through mutual consultations, a mechanism to monitor and verify such actions." said the FO statement.

They also agreed to use the QCG to promote peace and reconciliation within Afghanistan, the statement added.