US General warns of Pak-India nuclear conflict amid frayed relations 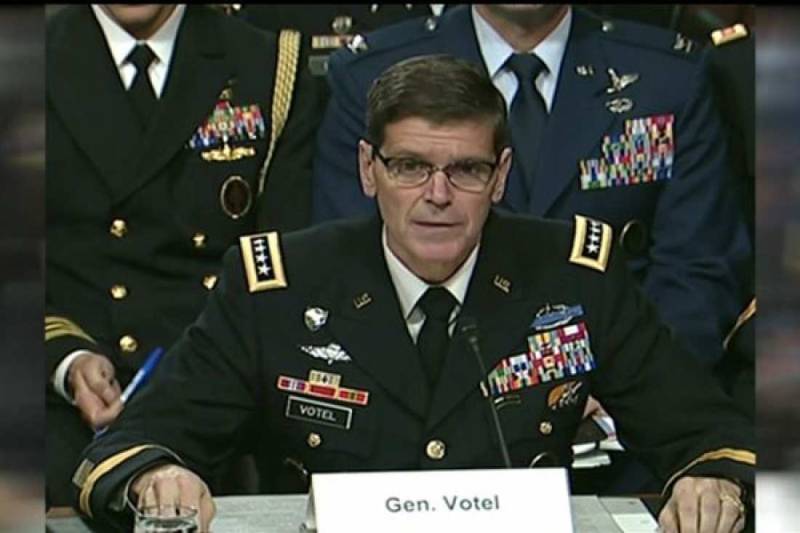 WASHINGTON -  Commander of the US Central Command (CENTCOM), General Joseph Votel has warned that conventional conflict between Pakistan and India could escalate into a nuclear exchange.

In a testimony before US Senate Armed Services Committee, Gen. Joseph said that by seeking to isolate Pakistan, India was creating an obstruction to the development of communication between the two countries adding that  Indian policy was causing further deterioration in relations between the two neighbours.

The official expressed that India's diplomatic efforts to isolate Pakistan hinder any prospects for improved relations.

'This is especially troubling as a significant conventional conflict between Pakistan and India could escalate into a nuclear exchange, given that both are nuclear powers' Votel warned.

He added that India remained concerned about the lack of action against India-focused militants based in Pakistan.

The military commander claimed that India responded militarily to terrorist attacks in Indian-held territory earlier this year which increase the likelihood for miscalculation by both the countries.

US commander went on and told Senators that Pakistani military sought to expand border control and improve paramilitary security adding that security along the western border would nevertheless remain a priority for Islamabad.

"The need for an increased focus on Pakistan's eastern border detracts from its efforts to secure the western border with Afghanistan from incursion by Taliban and Al Qaeda fighters." Votel added.

The Centcom commander made a shocking disclosure that seven out of twenty terrorists organistaions in the Pak-Afghan sub-region, were based in Pakistan.

The General hailed improved coordination between Pak-Afghan armed forces and expressed that the US administration was encouraged by military operation Radd-ul-Fasaad launched by Pakistan Army as blocking positions along the Afghanistan-Pakistan border would be set up to smash terrorism.

'We look forward to continuing our engagement with the Pakistani military leadership, to include the new Chief of the Army Staff General Qamar Javed Bajwa in the days ahead as we work together in pursuit of shared interests' said General Joseph Votel.