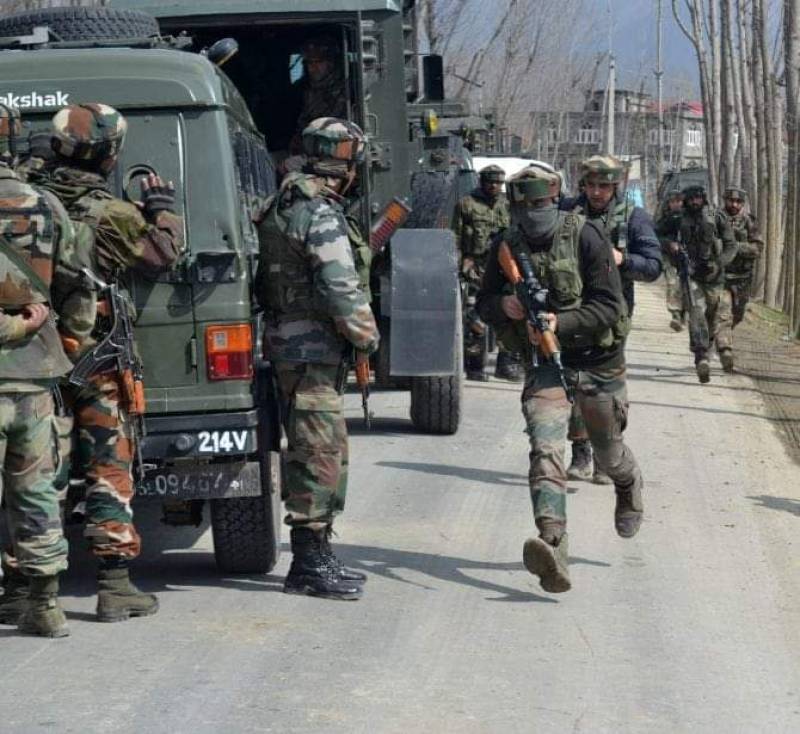 SRINAGAR – Indian troops, in their fresh act of state terrorism, killed two youth in Pulwama district of the Occupied Kashmir on Sunday.

The young men were killed during a cordon and search operation at Pinglish in Tral area.

Bar Association said, by summoning Mirwaiz Umar Farooq the NIA was actually going to subject him to humiliation and intimidation only because he was spearheading the Kashmiris’ ongoing struggle for right to self-determination.

For the 2nd consecutive week mandatory Friday Prayers barred at #JamaMasjid Srinagar by the ruling regime. Restrictions Imposed in #ShareKhaas, People caged in homes, leadership either under #HouseArrest or jailed under PSA. pic.twitter.com/U9V8AcP47T

Meanwhile, a complete shutdown was observed in downtown Srinagar and adjoining areas against the NIA summon to Mirwaiz Umar Farooq.

Call for the strike was given by the Srinagar-based Traders Coordination Committee, an amalgam of various trade bodies.

The authorities had imposed restrictions in parts of Srinagar city to prevent anti-India protests.

Kashmir Editors Guild held a protest demonstration at Kashmir Press Club in Srinagar against the ban on advertisements to newspapers by Kashmir administration under Governor Satya Pal Malik.

Senior editors and journalists took part in the protest to demand revocation of the ban.

Jammu and Kashmir Socio Economic Coordination Committee at a meeting in Srinagar said Kashmir was facing an undeclared economic warlike situation as a result of Indian policies.

On the other hand, on-governmental organisations community will submit a petition to President of Human Rights Council and member states to hold a panel discussion on Report of United Nations Human Rights Commissioner on Kashmir as the rights situation in occupied Kashmir has massively deteriorated.