PM Nawaz to address NA on the Panama leaks 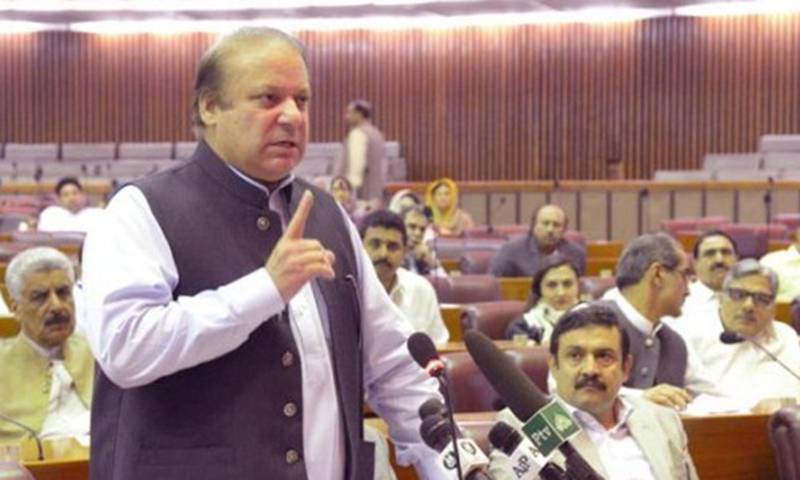 ISLAMABAD (Staff Report) - Federal Minister for Information and Broadcasting Pervaiz Rashid has said that Prime Minister Nawaz Sharif will be present during the upcoming National Assembly proceedings, scheduled on Friday.

Replying to a point of order raised by the Opposition Leader, Pervaiz Rashid said the Prime Minister will answer all questions raised by the opposition upon attending NA proceedings this coming Friday.

He explained that the Prime Minister could only attend the NA on Friday due to prior commitments during the rest of the week, including an already scheduled meeting of national institutions today and a visit to Tajikistan tomorrow.

The Minister added that the Prime Minister was not hesitant to attend the House proceedings; rather, he would be pleased to listen to the opposition members and speak in the House.

He recalled that the Prime Minister has already written to Chief Justice of Pakistan to set up a commission to probe the Panama Leaks.

Earlier, on a point of order, Leader of the Opposition Syed Khurshid Shah said the Prime Minister should take the Parliament into the confidence on the Panama Papers issue, while announcing that opposition parties will continue boycotting parliamentary proceedings till their demand is fulfilled.

The Leader of the Opposition along with opposition members staged a walkout from the House. He said the opposition would attend the NA session on Friday.