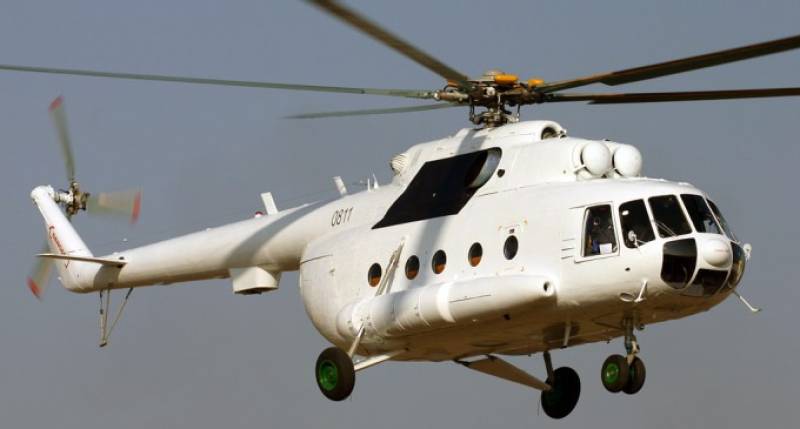 ISLAMABAD (Web Desk) - The crew members of a Punjab government helicopter which made an emergency landing in Logar province in Afghanistan has been retrieved.

Private Television channel Geo News reported on Thursday via sources that five Pakistanis and a Russian technician has been transferred to Pakistan.

The helicopter, en route to Russia for a routine service, hit the emergency landing in Logar province on August 4.

Later on the incident, Prime Minister Nawaz Sharif said the government was using "formal and informal channels" to seek the restoration of seven passengers of the chopper.

"Formal and informal channels are being used to ensure safe recovery of the entire crew," Prime Minister said in a statement from his office.

On the day of the incident, the army chief had also got hold of the top US commander in Afghanistan, General John Nicholson asking for his international military coalition's help in recovering the men.

Foreign Office spokesman Nafees Zakaria had said the aircraft had permission to fly over Afghan airspace on its way to Uzbekistan further north for overhauling.