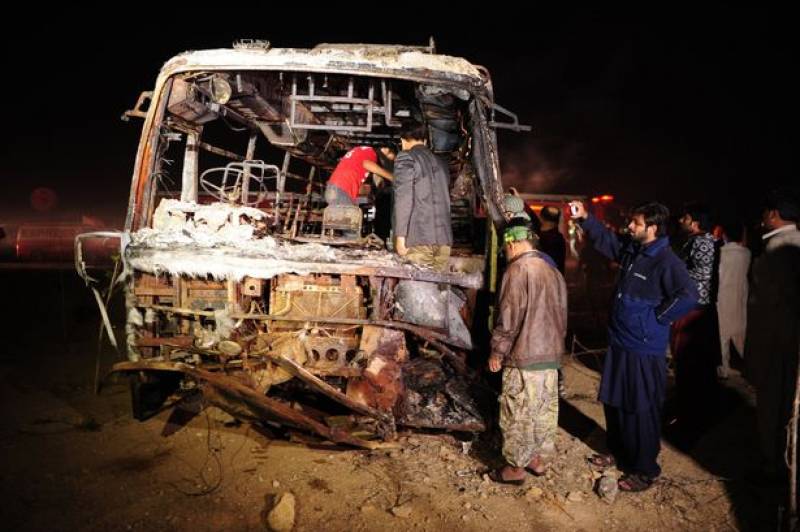 KARACHI (Web Desk) – 57 passengers have died following a collision among a bus and oil tanker on National High Way. Dead bodies are so badly burnt that no identification is possible with out DNA test, say officials.

The crash happened late in the night whereas oil tanker is accused of high speeding and driving on the wrong side of the road.

When the two vehicles collided, both burst into flames, and the driver of the tanker is said to have fled the scene.

Some passengers riding on the roof of the bus were able to escape, but 57 bodies have been found.

Provincial information minister Sharjeel Memon said: "The bus and all passengers were so badly burnt that we have to carry out DNA tests for identification."

The bus was travelling to the town of Shikarpur, and following the incident patients were taken to the emergency department at Jinnah Hospital in Karachi.

The tragedy comes just months after 50 people died when a bus collided with a goods vehicle near the city of Khairpur.