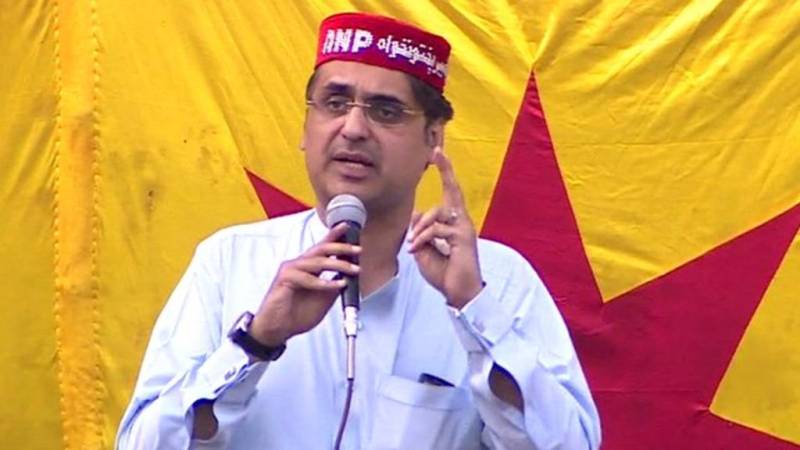 PESHAWAR - A senior leader of Awami National Party (ANP) and candidate for PK-78, Haroon Bilour was among 21 people who were martyred in an explosion in Peshawar on Tuesday night.

According to police, the blast occurred during a corner meeting of Awami National Party (ANP) in the Yaka Toot area of the Khyber Pakhtunkhwa capital.

A video of the attack, shared on social media, shows jubilating scenes from the gathering where Bilour was welcomed by hundreds of party supporters minutes before the explosion.

According to the spokesperson of Lady Reading hospital, as many as 62 people were left injured in the attack, that sent shock waves across the country. He added that initially 47 wounded persons were brought to the hospital.

The Bomb Disposal Squad (BDS) confirmed that it was a suicide blast.

Haroon was the son of Bashir Ahmed Bilour, a senior ANP figure who was himself martyred in a suicide blast in Peshawar in 2012. 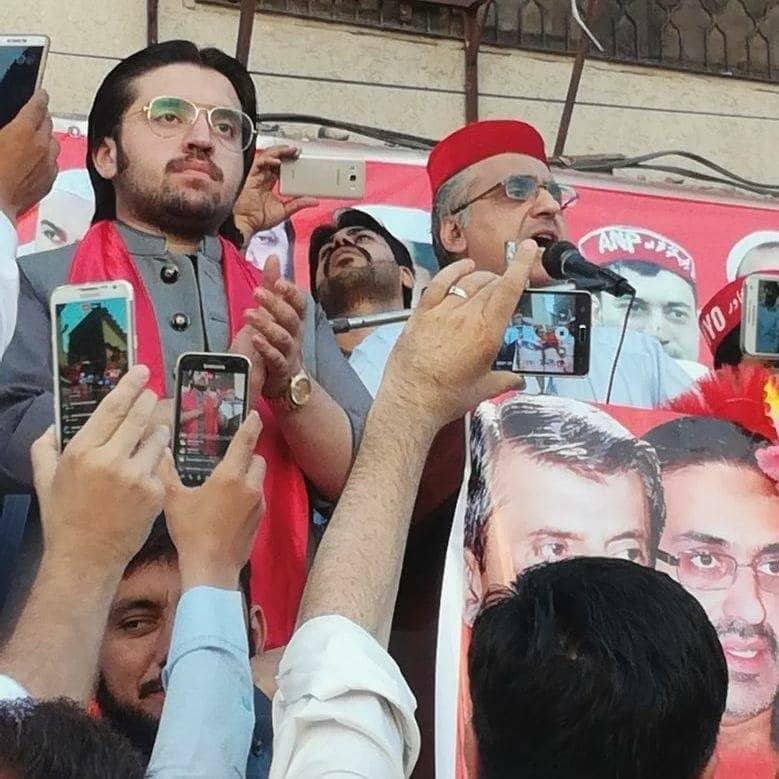 Meanwhile, the responsibility for the Peshawar suicide blast has been claimed by the Pakistan faction of outlawed Tehreek-e-Taliban.

The central spokesperson for the militant group, Muhammad Khorasani, released a message to media revealing the name of the suicide bomber as Abdul Kareem, taking the onus of the attack that has marred the electioneering, especially in the war-battered Khyber Pakhtunkhwa province.

A few of the social media users also questioned about the security lapse, wondering who had taken back the troops deployed to protect him, with some of them responding that the security was withdrawn in line with the directives of Chief Justice, Mian Saqib Nisar. 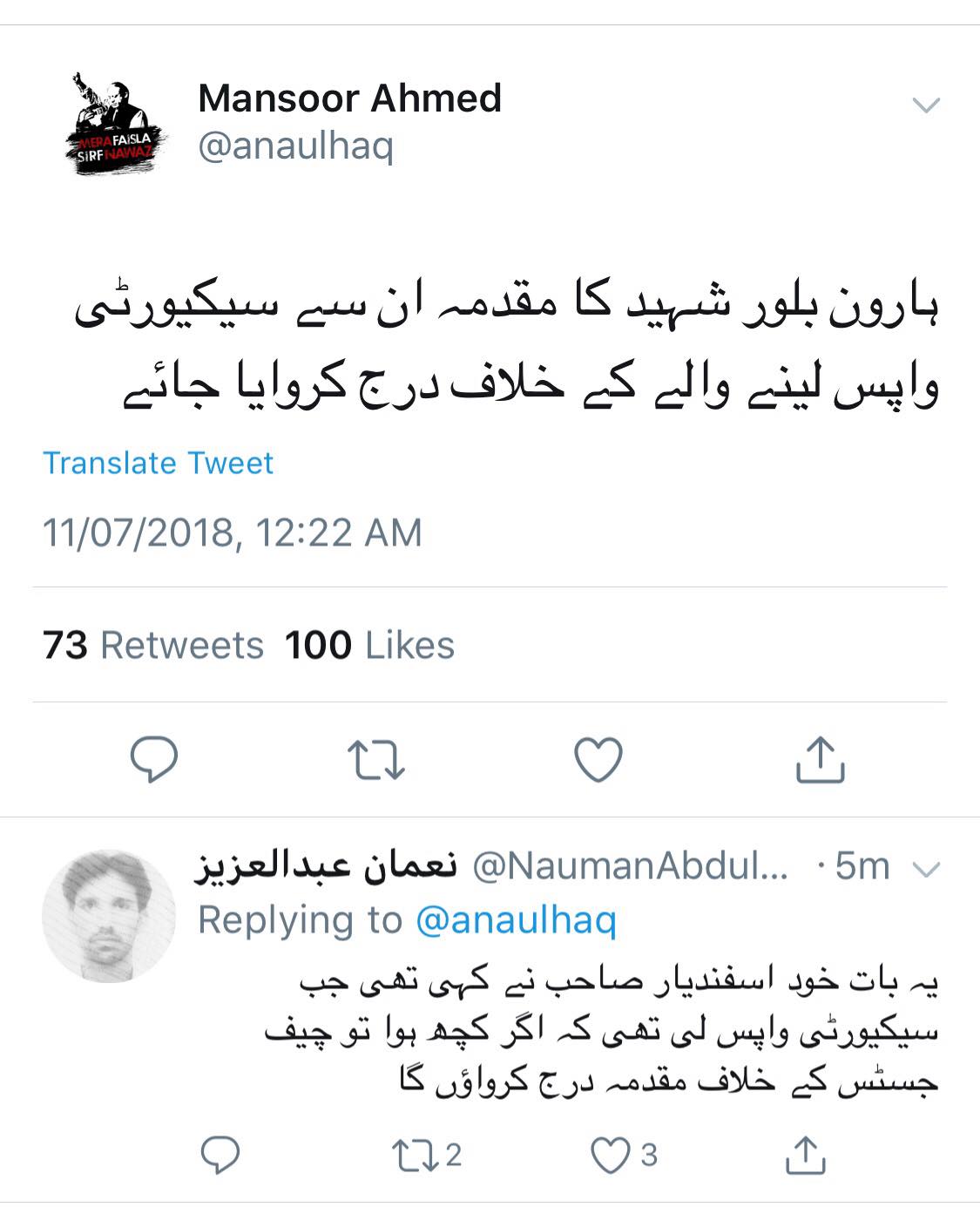 Pakistan Tehreek-e-Insaf (PTI) chairman Imran Khan has expressed sorrow over the deaths of Haroon Bilour and other ANP workers. In his message on Twitter, Khan condemned the terrorist attack on ANP corner meeting.

Sad to learn of Haroon Bilour and 2 other ANP workers deaths and strongly condemn the terrorist attack at the ANP corner mtg in Peshawar. All political parties and their candidates must be provided proper security during their election campaigns by the State.

Pakistan Peoples Party (PPP) chairman Bilawal Bhutto Zardari expressed sorrow over the martyrdom of Haroon Bilour. He said it was becoming clear as to who terrorists wanted out of the election race.

"The terror attack on pro-democracy individuals is a conspiracy," Bilawal said, adding that they shared the grief of the Bilour family.

"The nation should be aware of the fact as to what do terrorists wish," the PPP chairman added.

Pakistan Muslim League-Nawaz (PML-N) leader Shehbaz Sharif said he was "grieved to learn about shahadat of Haroon Bilour" and that he "strongly condemn[ed] this barbaric act of terrorism".

Pak Sarzameen Party (PSP) chief Mustafa Kamal said those, who had their hands coloured with the blood of innocents, did not deserve to be considered as humans.

He called the authorities for bringing the perpetrators of Peshawar blast to justice.

Politicians under threat from terrorists

The Natio­nal Counter Terrorism Authority (Nacta) on Monday had revealed the names of six personalities, including Imran Khan and Hafiz Saeed’s son, who could be targeted by terrorists during the ongoing election campaign.

He said Nacta had forwarded 12 threat alerts to the federal interior and provincial home ministries as well as law enforcement agencies.