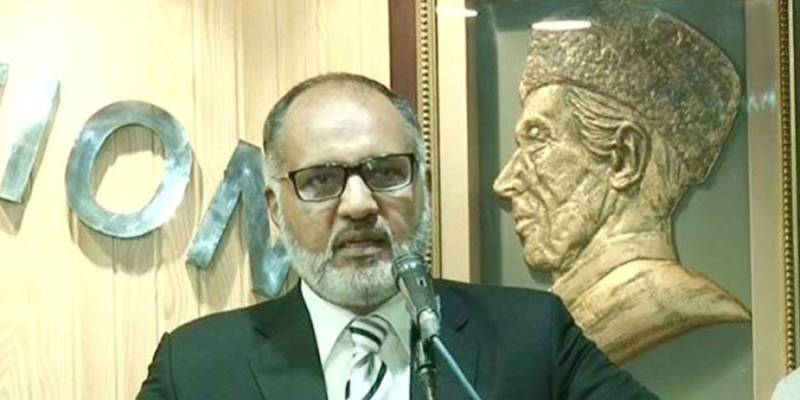 ISLAMABAD - President Arif Alvi has removed Justice Shaukat Aziz Siddiqui as a judge of the Islamabad High Court (IHC) with immediate effect, a notification issued by the law ministry said on Thursday.

He is the first high court judge to be removed in 47 years.

The president took the decision after the Supreme Judicial Council (SJC) recommended the puisne judge’s removal from his office, the notification added.

"Consequent upon proceedings under article 209(5) and recommendations of the Supreme Judicial Council of Pakistan under article 209 (6) read with article 48 (1) of the Constitution of Pakistan 1973, the President has been pleased to remove Mr. Justice Shaukat Aziz Siddiqui, Judge, Islamabad High Court from his office with immediate effect," reads the notification.

The Supreme Judicial Council (SJC) had been conducting the proceeding in the reference against Justice Shaukat Aziz Siddiqui over his controversial speech while addressing the District Bar Rawalpindi.

Addressing an audience at the bar, Justice Siddiqui had claimed that personnel of the Inter-Services Intelligence (ISI) were manipulating judicial proceedings.

He had further claimed that the spy agency had approached IHC Chief Justice Muhammad Anwar Khan Kasi and said: "'We do not want to let Nawaz Sharif and his daughter come out [of the prison] until elections, do not include Shaukat Aziz Siddiqui on the bench [hearing Sharifs' appeals]'."

However, he could not offer any evidence to support the claims he made.

ISLAMABAD- Justice Shaukat Aziz of the Islamabad High Court (IHC) has been issued a show cause notice by the Supreme ...

Earlier on July 31, the SJC had served a show-cause notice to the judge, directing him to submit his reply. In pursuance of the Council direction, Justice Siddiqui had submitted his replies before the Council.

Siddiqui says he was not surprised over the Supreme Judicial Council's decision.