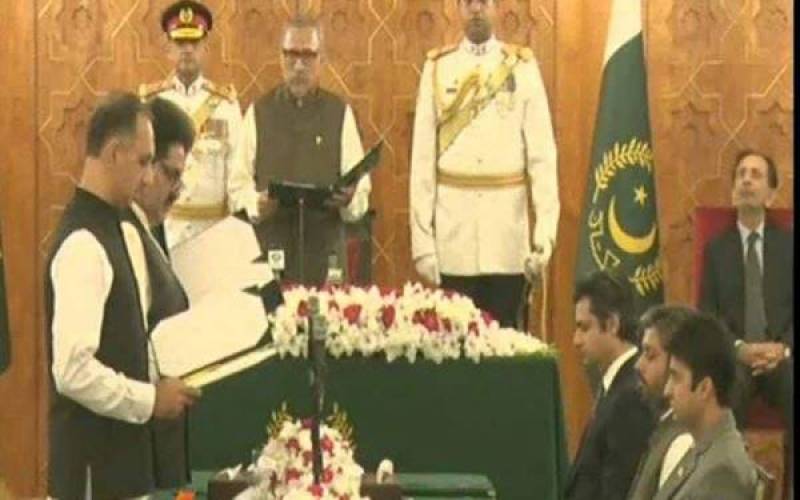 ISLAMABAD - The federal cabinet of Pakistan Tehreek-e-Insaf government expanded on Tuesday as six new ministers took the oath of their office.

President Arif Alvi administered the oath to the three federal and three state ministers at a graceful ceremony at the President House attended by Prime Minister Imran Khan, members of the federal cabinet and senior government officials.

The portfolios of the new federal and state ministers will be announced later.

The ceremony was delayed for a day due to the non-availability of guests at short notice.