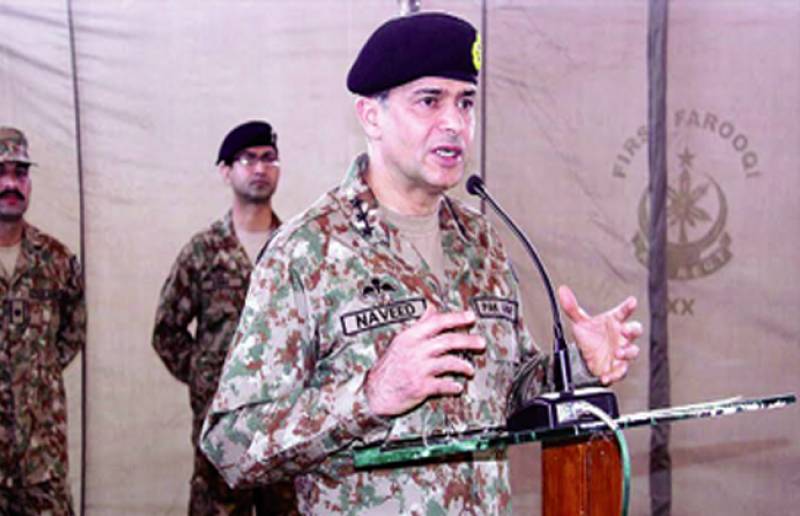 ISLAMABAD - The outgoing commander of the V Corps at Karachi, Lt Gen Naveed Mukhtar, has been appointed Director General of Inter-Services Intelligence (ISI), according to a statement by ISPR.

This news comes in the wake of a major reshuffle in the army – the first since General Qamar took over command of the army last month.

Lt-General Naveed Mukhtar, who has been serving as corps commander Karachi for two years, was recently succeeded by Lt Gen Mirza.

Lieutenant-General Naveed Mukhtar was previously DG-CT in ISI and commander of 26 mechanized divisions in Bahawalpur. He joined the Army in the 68th Pakistan Military Academy course, and grew his ranks till Major with 13 Lancers, after which he assumed command of the 22 Cavalry.

The incumbent director-general, General Rizwan Akhtar, was appointed the DG of the country’s premier spy agency in September 2014 and assumed office in November 2014, when he replaced the retiring Lt Gen Zaheer-ul-Islam.

The DG is generally appointed for a three-year period unless the ISI chief retires or is replaced by the army chief.

Moreover, DG ISPR Asim Saleem Bajwa, who will now be serving as Inspector General Arms (IG Arms) at GHQ, has announced other postings and transfers in the army.