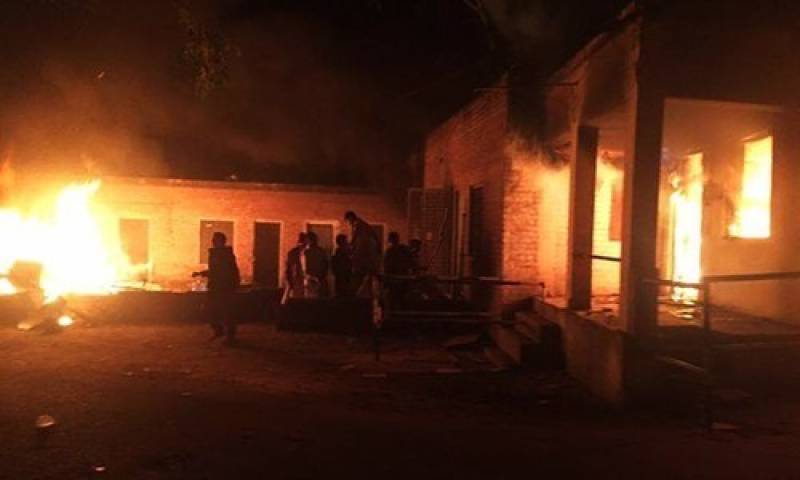 CHAKWAL - A charged mob of around 1,000 people besieged an Ahmadi place of worship in Chakwal was dispersed by police on Monday, officials said.

The charged attackers were reportedly looking for Ahmadis to harm them. Those present at the place of worship locked the building from inside and refused to concede control of the structure until police help arrived. The attackers are said to be raising slogans of their ‘victory’.

The place of worship located in the limits of the Chowas Saidan Shah police station area in Chakwal's Dhalmial district was 'attacked' by nearly 1,000 people, according to the Jamaat-i-Ahmaddiya Pakistan Spokesperson Saleem-ud-Din.

Saleem-ud-Din said a mob armed with batons and weapons was throwing stones and firing on the premises. The mob was "attempting to seize Ahmadiyya property," he said.

Deputy Commissioner Chakwal Mahmood Javed Bhatti said the mob hurled stones and bricks at the place of worship before storming the building, adding that gunmen opened fire on Ahmadis in the area. The DC said that police have now dispersed the crowd and secured the building.

Station House Officer Chowas Saidan Shah Sub Inspector Muhammad Nawaz said that the police had dispersed the crowd. The situation is under control now, he confirmed, adding that police had not decided on what action to take.

There are no reports of any casualties, he said.

The Jamaat-i-Ahmaddiya Pakistan spokesperson, however, claimed that there had been one killed in the incident, but was unable to identify the dead.

The Government of Punjab earlier said it was "following up" on the Chakwal incident.

It is unclear which groups were involved in the incident.