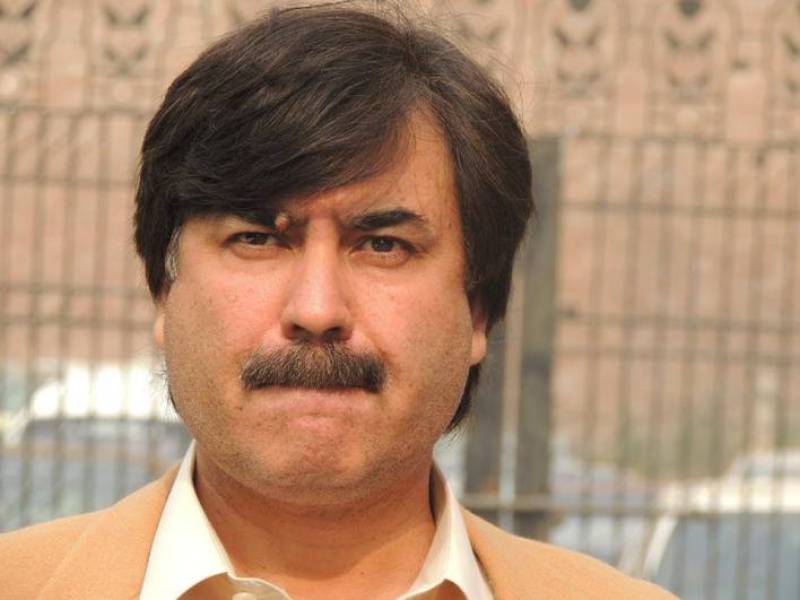 The court issued non-bailable arrest warrants against the lawmaker in connection with an attack on the Parliament House and Pakistan Television (PTV) building during the 126-day long sit-in staged by Pakistan Tehreek-i-Insaaf in 2014.

ATC judge Syed Kausar Abbasi Zaidi issued the warrants for Yousafzai as he had repeatedly failed to appear before the court; the court ordered that the provincial minister be arrested and presented before the court.

The PTI leaders were in opposition during the protests staged in the aftermath of alleged electoral rigging in 2013 General Elections.

According to the prosecution, three people had been killed, 26 others injured, while 60 were arrested during the violence.

During the hearing of the case today, the court did not address the applications seeking the acquittal of senior PTI leaders Imran Khan, Jahangir Khan Tareen and Alvi, as well as petitions for permanent exemptions of Shah Mehmood Qureshi, Asad Umar, Shafqat Mahmood and Jahangir Tareen from appearing before the court.

ATC would resume hearing into the case on March 28.

ISLAMABAD - An anti-terrorist court in Islamabad on Friday directed the police to implement its orders in relation to ...

The protest had continued for 126 days and during the course of protests, the demonstrators beat up SSP Asmatullah Junejo on Constitution Avenue when they tried to storm the Pakistan Television (PTV) headquarters and parts of the Parliament.

A case had been filed against Khan, Qadri and others for torturing SSP Junejo and five other police officers.