Hajj applications under government scheme to be received from 25 Feb 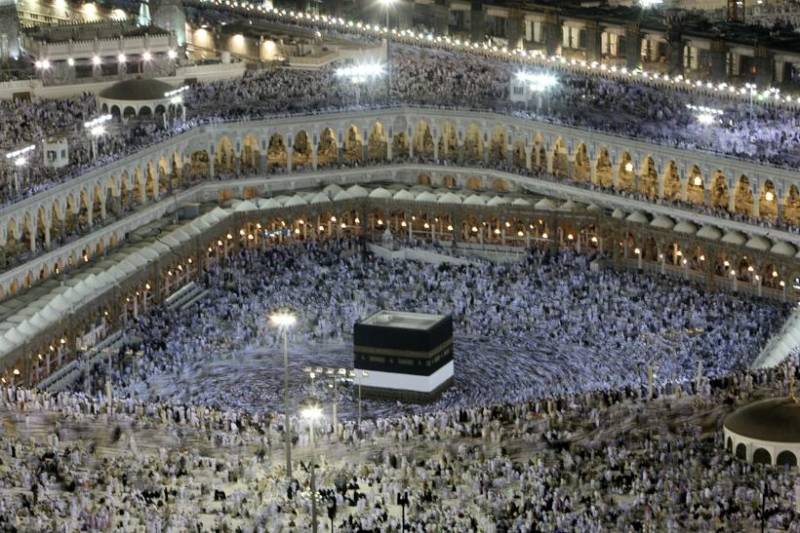 LAHORE - Applications under Government Hajj Scheme will be received in the fourteen designated banks from 25th of this month to 6th of the next month, Radio Pakistan reported.

According to Hajj policy released by the Ministry of Religious Affairs and Interfaith Harmony today, 1,84,210 Pakistani pilgrims will perform Hajj this year.

Hajj scheme 2019 shall be implemented through Government and private Hajj Group Organizers with a ratio of 60:40.

LAHORE - The Federal Cabinet has approved the Hajj policy 2019 while rejecting a proposal for subsidy put forth by the ...

Qurbani charges 19,451 rupees will be optional and there shall be no free Hajj this year.

The selection of Hujjaj under Government Scheme will be made through computerized balloting on 8th of the next month.

This year, 10,000 seats would be reserved for senior citizen above the age of 80 years.

Another 10,000 seats would be reserved for persons who have been unsuccessful in ballot continuously for the last three years.

Under the Government scheme, 1.5 per cent of the total seats will be reserved for hardship cases.

ISLAMABAD - The Government Hajj Scheme expenditures have become dearer by Rs156,975 owing to various reasons including ...

Earlier, the Federal Cabinet had approved the Hajj policy 2019 while rejecting a proposal for subsidy put forth by the Ministry of Religious Affairs.

During the cabinet meeting in Islamabad, chaired by Prime Minister Imran Khan, the cabinet was briefed on the Hajj policy and informed that 184,210 Pakistani citizens would perform Hajj this year.

According to reports, some federal ministers opposed the proposal of a government subsidy in the Hajj policy for 2019. The Ministry of Religious Affairs had proposed a subsidy of Rs45, 000 per pilgrim.

RIYADH - Saudi Arabia has agreed to increase the quota of Pakistani pilgrims for next year's Hajj by five thousand. ...

It was also decided that there will be one supervisor as Prime Minister Imran Khan will personally monitor the entire Hajj process.

The cabinet decided that people who have been unsuccessful for three consecutive years will also not be required to enter the draw. Under the Hajj policy, 10,000 seats would be reserved for senior citizens and people with 80 years of age and above will not need to enter a draw to perform Hajj.

Regarding Hajj subsidy the cabinet meeting had ended with the decision "to provide maximum facilities to pilgrims and no decision was taken regarding a subsidy".