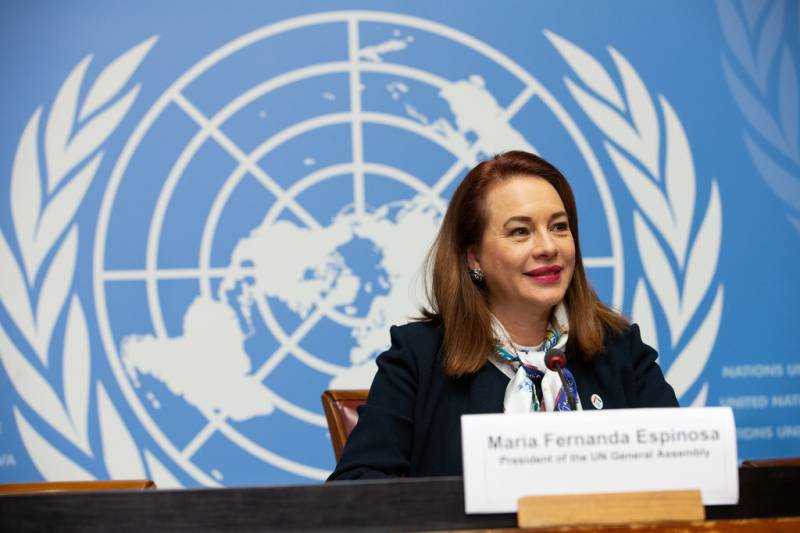 NEW YORK – The UN General Assembly President, Maria Fernanda Espinosa will visit Pakistan from Friday next at the invitation of Pakistani government.

Spokesperson of the UNGA President Monica Grayley told the regular briefing at UN Headquarters in New York that this will be the first visit of the 193-member Assembly's president to the Asia-Pacific region since she took office in September last.

During her five-day visit, the president will meet with meet President Dr. Arif Alvi, Prime Minister Imran Khan, Foreign Minister Shah Mahmood Qureshi, as well as representatives of the UN and of civil society.