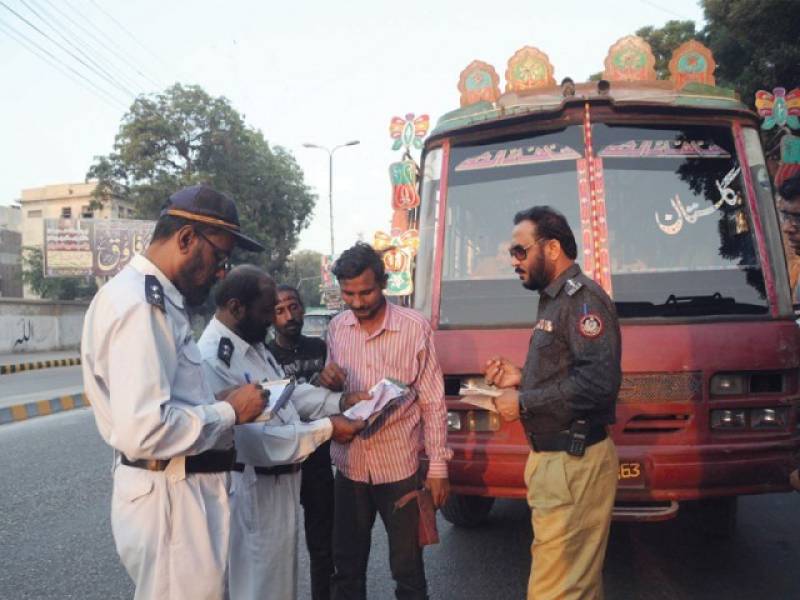 KARACHI - A Karachi based man was handed an unusual punishment when a court ordered him to stand at a traffic signal for two hours on weekly basis for a whole year holding a placard on speed awareness.

Not only that, the judge also specified that the placard’s size would be 24-inches wide and 48-inches in height.

The punishment was inflicted upon Muhammad Qasim as he was convicted of rashly riding a motorbike and injuring a police constable deployed for former president Gen (retd) Pervez Musharraf’s VVIP movement on September 27, 2015.

The prosecution told the judge that Qasim, while pillion riding with his accomplice, Muhammad Islam, rammed into Constable Zubair Ahmed near Tipu Sultan flyover on Shahrah-e-Faisal after he was directed to stop so that Musharraf’s convoy could pass.

During the hearing, five policemen testified against Qasim, telling the judge that the accused and his accomplice were riding against traffic from Baloch Colony Bridge towards the flyover when the convoy was passing.

According to the prosecution, when the motorcycle struck the constable, the riders also fell down and were immediately arrested while the policeman suffered a fracture in his leg.

Citing an order by the Supreme Court’s Justice Qazi Faez Isa about community service by offenders, the magistrate directed Qasim to pay Rs50,000 to the policeman in three instalments in three months besides 'placard' punishment.

Islam was also booked by police but the court acquitted him, observing that he was not responsible for the accident.