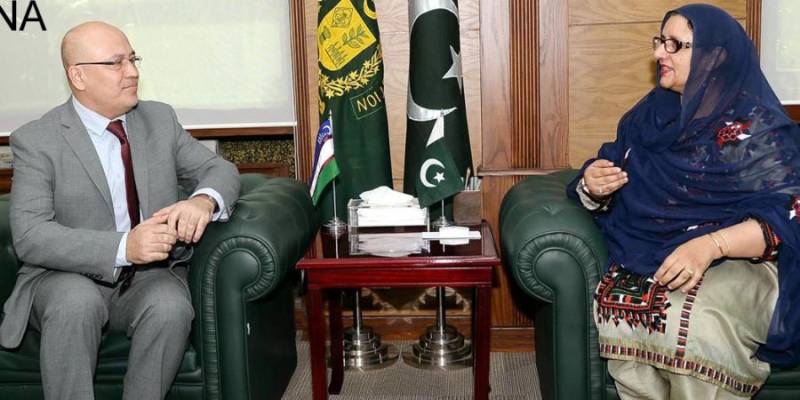 During the meeting, the two sides stressed the need to explore avenues in the field of joint production ventures.

It was further emphasized that the existing cordial relations between the two countries be translated into active cooperation in the defence production sector.

The minister said Pakistan attaches great value to its friendly and cooperative ties with Uzbekistan. She said relations between the two countries are based on mutual respect and trust.

The Uzbek Ambassador said Pakistan is a resource-rich nation with a vibrant economy and great potential for further growth.