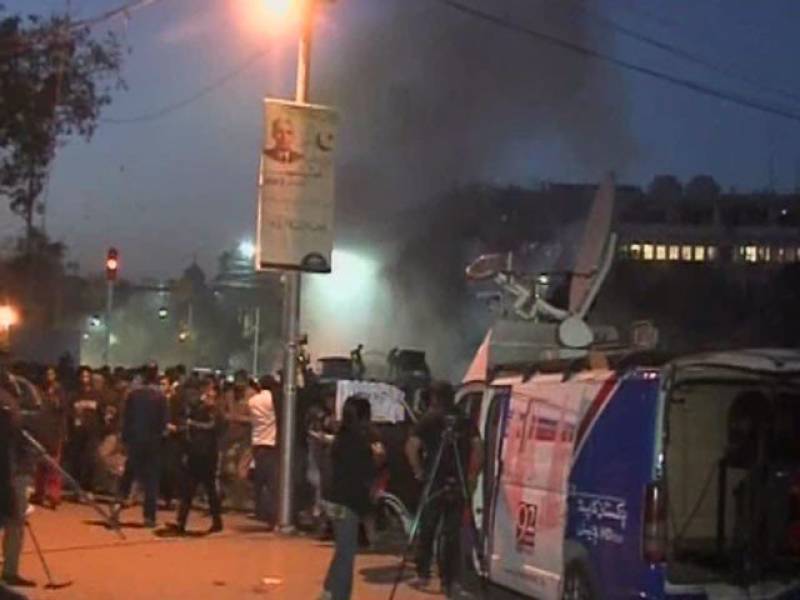 LAHORE – At least 15 people including senior police officers have been killed while 85 other were injured after a strong explosion near Punjab Assembly on Sunday.

The incident occurred as hundreds of chemists were protesting nearby against a new regulatory law, Punjab Law Minister Rana Sanaullah said.

Many vehicles parked near the blast site caught fire, triggering panic and chaos in the area.

Heavy contingents of police and Rescue-1122 teams have reached the spot and shifting the injured - including policemen and media persons - to nearby hospitals. Firefighters are also busy in extinguishing the fire. 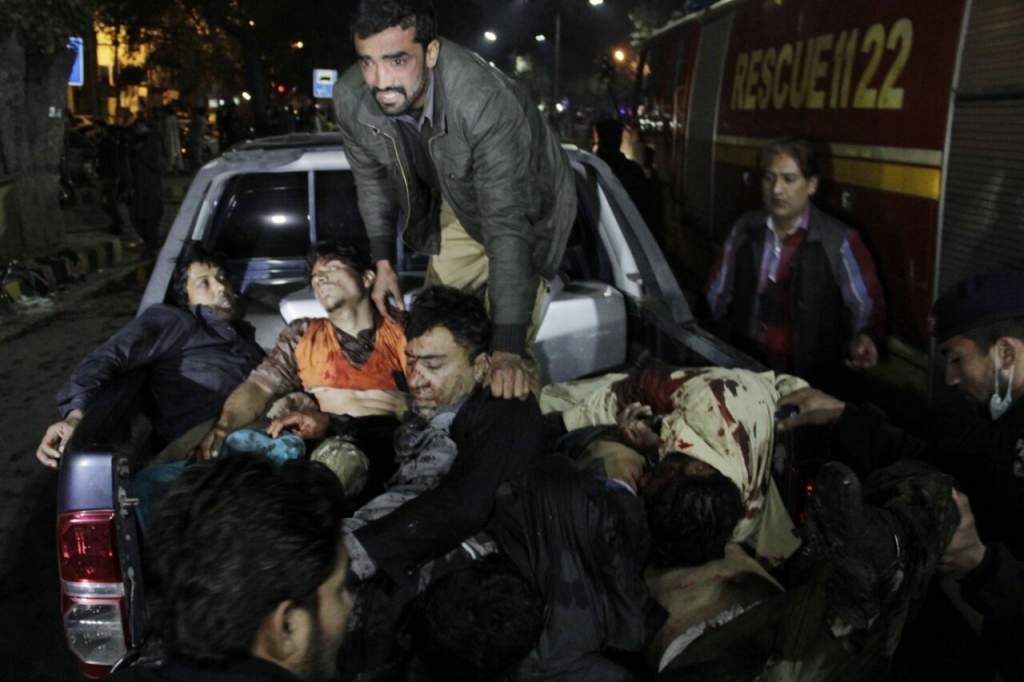 At Chairing Cross, medical store owners were staging a protest sit-in against the Drug Act introduced by the Punjab Government and hundreds of people were present there when the incident occurred.

Punjab Law Minister Rana Sanaullah confirmed the blast, saying that police failed to maintain high-level security due to massive participation of people in the protest.

"It is premature to say anything about the nature of the blast and the exact number of injured people," he added.

Jamaatur Ahrar, a faction of Tehreek-e-Taliban Pakistan has claimed the responsibility of the terror attack in Lahore that took lives of around 16 people, and injured several others.

Last year, on Easter Sunday (March 27, 2016), at least 75 people were killed and over 340 injured in a suicide bombing that hit the main entrance of Gulshan-e-Iqbal Park, one of the largest parks in Lahore, Pakistan. 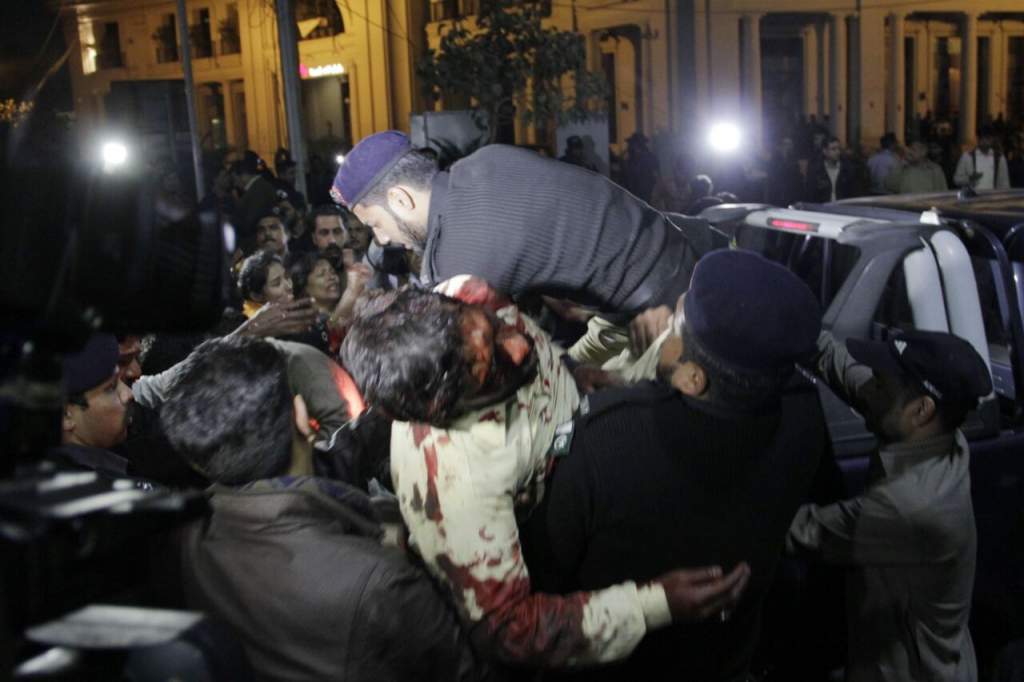 The attack targeted Christians who were celebrating Easter. Of the 75 dead, 14 were identified as Christians and the rest (61) as Muslims. The majority of victims were women and children.

Jamaat-ul-Ahrar, a group affiliated with the Pakistani Taliban, had claimed responsibility for the attack.

The attack led to worldwide condemnation and national mourning throughout Pakistan. As a result, Pakistan launched a widespread counter-terrorism operation in South Punjab, killing prominent leaders of banned outfits and arresting more than 200 people.