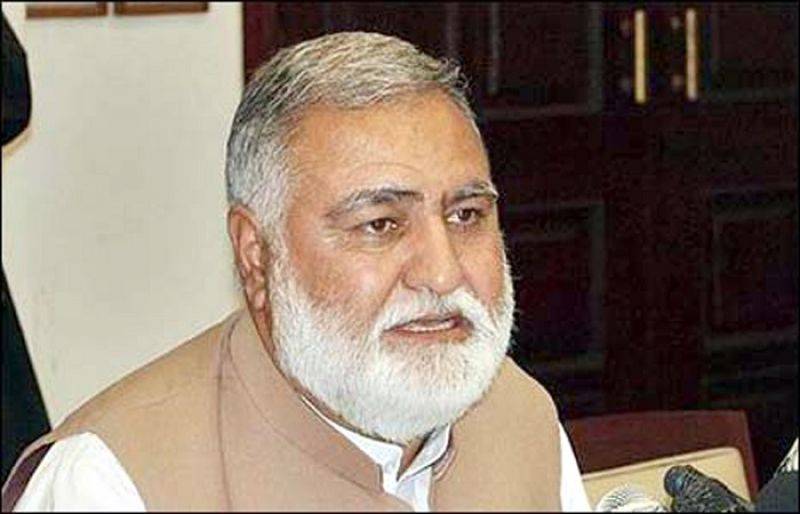 BANNU - At least four people were killed and several others injured after a bomb explosion struck the convoy of a former chief minister of Khyber Pakhtunkhwa (KP), Akram Durrani, in Bannu on Friday, days before the general elections are set to be held in the country on July 25.

He was coming from attending a corner meeting amid election campaign when he was targetted near Haveed area.

Luckily, Durrani remained safe in the attack, DPO Khurram Rasheed said, adding that the injured persons, including policemen, have been shifted to a hospital for treatment. Five injured are said to be in critical condition.

RPO Bannu Karim Khan suspects that explosive material had been planted in a motorbike. However, no any terrorist group has claimed the responsibility for the attack.

Caretaker Prime Minister retired Justice Nasirul Mulk has strongly condemned Bannu bomb blast. In a message, he expressed deep grief over the loss of lives in the incident and prayed for early recovery of the injured.

PTI chief also condemned the attack on Durrani and his convoy.

Strongly condemn the terrorist attack on Akram Durrani & his convoy. There seems to be a conspiracy to sabotage the 25 July elections but the people of Pakistan will not allow any design intended to target these historic elections to succeed.

This is the second attack on the political leaders in KP in just two days. On July 11, a senior leader of Awami National Party (ANP) and candidate for PK-78, Haroon Bilour was among 21 people who were martyred in an explosion in Peshawar.

According to police, the blast occurred during a corner meeting of Awami National Party (ANP) in the Yaka Toot area of the KP capital.

The Bomb Disposal Squad (BDS) confirmed that it was a suicide blast.  The responsibility for the Peshawar suicide blast has been claimed by the Pakistan faction of outlawed Tehreek-e-Taliban.