Pakistan, US, Russia, China agree to continue efforts for peace in Afghanistan 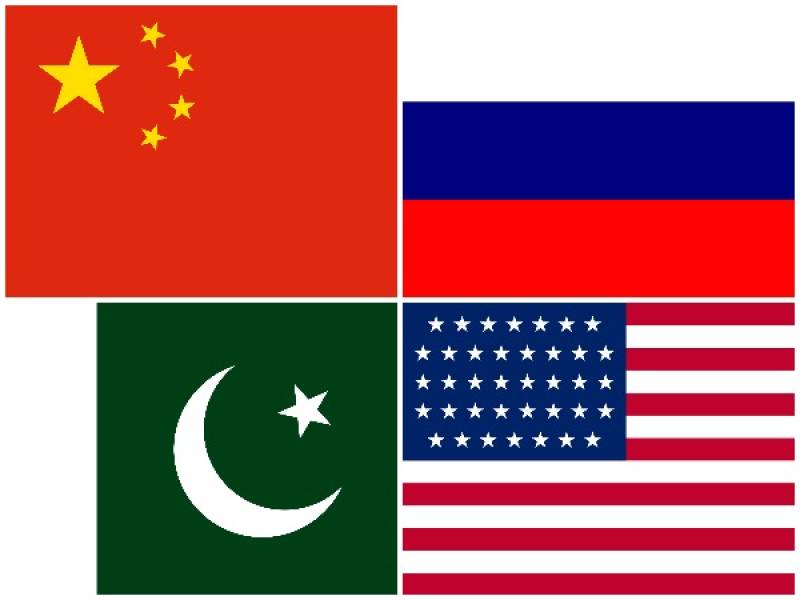 BEIJING - Pakistan, United States (US), Russia and China have agreed to continue joint efforts for realizing a political settlement in Afghanistan to bring peace and stability to the region, the Radio Pakistan reported.

This has been stated in a joint statement issued by the four countries after the consultation meeting in Beijing.

The four sides emphasized the importance of the trilateral consensus on the Afghan peace process reached in Moscow on April 25, 2019.

All sides welcomed recent positive progress as the crucial parties concerned have advanced their talks and increased contacts with each other and also welcomed intra-Afghan meetings held in Moscow and Doha.

The four sides called for relevant parties to grasp the opportunity for peace and immediately start intra-Afghan negotiations between the Taliban, Afghan government, and other Afghans.

This framework should guarantee the orderly and responsible transition of the security situation and detail an agreement on a future inclusive political arrangement acceptable to all Afghans.

The four sides encouraged all parties to take steps to reduce violence leading to a comprehensive and permanent ceasefire that starts with intra-Afghan negotiations.

China, Russia and the US welcomed Pakistan's joining the consultation process and believed that Islamabad can play an important role in facilitating peace in Afghanistan.

And on its part, Pakistan appreciated the constructive efforts being made by the China-Russia-US trilateral consultation on the Afghan peace process.