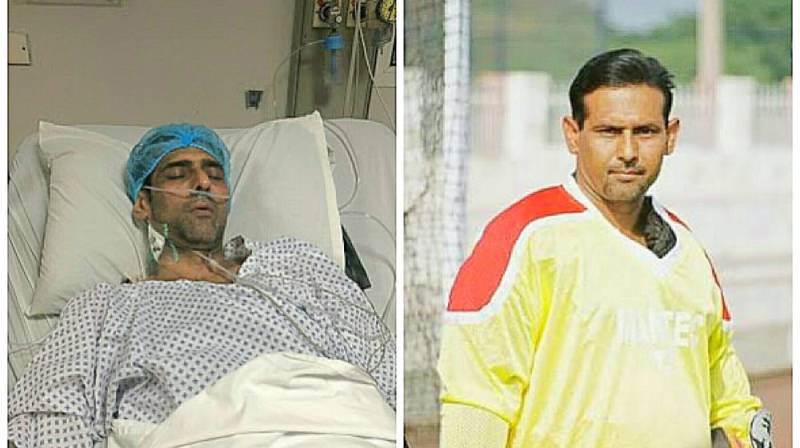 Mansoor Ahmed passed away in Karachi on Saturday due to prolonged ailment.

The 49-year-old had been suffering from heart-related issues for the past three years and was undergoing treatment at the National Institute of Cardiovascular Disease in Karachi for weeks from complications stemming from a pacemaker and stents implanted in his heart.

The government of Pakistan had reportedly offered Ahmed a mechanical heart transplantation which, had he accepted, would have been the first time the procedure was to be conducted in Pakistan.

However, the hockey legend had wanted a more conventional and proven procedure, for which he had wanted to go to India and had thus refused the offer.

He was considered one of the greatest talents to represent Pakistan’s hockey during the country’s Golden era in the 80s.

He helped the country win the 1994 World Cup in Sydney with his penalty stroke save against the Netherlands in the final.

Look at the Save of Legend Mansoor Ahmed in the Semi Final of 1994 Hockey World Cup which helped Pakistan in reaching the Final in the End And He Saved a Stroke in Final As well ... pic.twitter.com/czsZtlUiOv

During his career that lasted over a decade, Mansoor bagged 12 gold, 12 bronze and 8 silver medals, making him one of the most decorated hockey stars in the country.

In addition to being named the world's best goalkeeper on four occasions, Ahmed was bestowed with a presidential award in 1988 and the Pride of Performance in 1994.