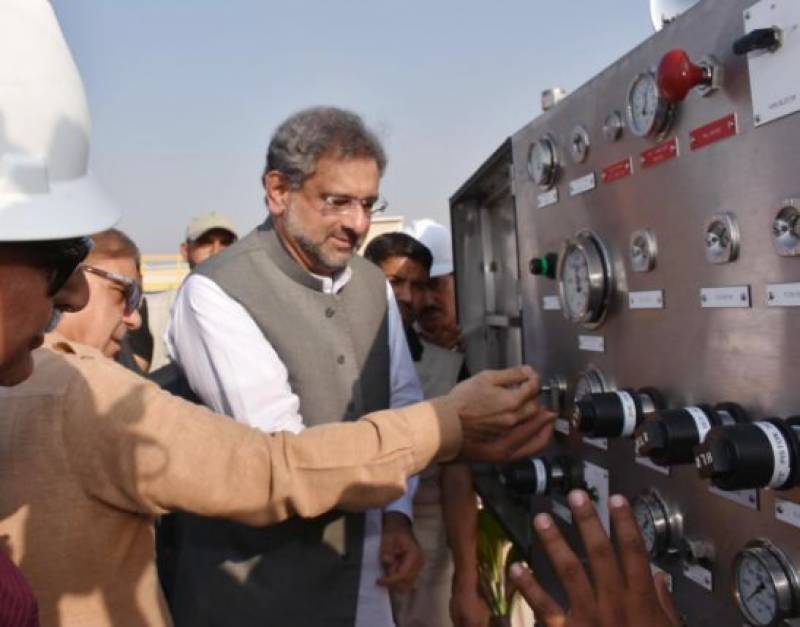 ATTOCK - A technocrat or undemocratic government cannot resolve the issues faced by Pakistan, Prime Minister Shahid Khaqan Abbasi said. “The masses are cognisant of the incumbent government’s performance and they will make their decision in the 2018 general elections,” the premier said after inaugurating an oil and gas project in Attock on Friday.

“We need to strengthen democracy because the journey on the path to development cannot continue without stable democracy,” he added.

Abbasi, who took over the PM’s office after disqualification of Nawaz Sharif from office in August, claimed PML-N’s performance during the last four years was better than the work done by the former governments in the last 15 years.

He said development projects have been completed in all sectors including economy, infrastructure and energy in all parts of the country.

The prime minister said the project will open new avenues of progress and development in the region by boosting business and creating new job opportunities.

He announced gas supply schemes for all the areas of the region.

Speaking on the occasion, Chief Minister Shahbaz Sharif said after completion of the power projects Pakistan will become self-sufficient in this sector and will bring prosperity and development in the country.

Earlier, the Prime Minister was briefed on the occasion about the salient features of the project.

This is one of the largest oil and gas discovery in the area struck by Pakistan Oil Fields Limited.