By God I come from a family of dacoits and bandits, confesses PML-N candidate in NA-19 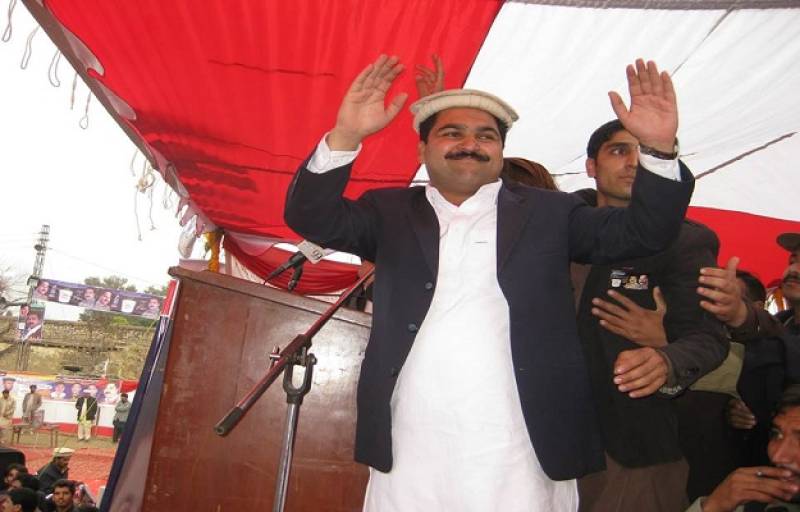 HARIPUR (Staff Report) - Babar Nawaz Khan, the candidate of Pakistan Muslim League-Nawaz in NA-19 by polls scheduled to be held on August 16, has confessed that he comes from a family of dacoits and bandits.

According to a video circulating online PMLN candidate while addressing a rally said "By God I come from a family of robbers and dacoits". This is not a joke but a fact and yet I ask you to vote for me, he concluded.

"We have been doing this for years and we will continue doing this till death," he maintained.

Meanwhile the video has triggered an online buzz and many politicians from Pakistan Tehreek-e-Insaf (PTI) criticized PMLN for fielding such candidate in Haripur by polls. PTI chairman Imran Khan also tweeted that How come poor people can expect justice from such rulers who proudly accept they are criminals.

NA 19 PML-N Candidate Admits He Comes From Family of Dacoits and Bandits & they remain so! https://t.co/G6bpLkTaYS 1/3

2/3 When politicians proudly admit they are criminals, the status quo will continue to further a culture of corruption, nepotism & mafias

3/3 How can victims of Kasur child sex abuse expect justice from a criminal ruling elite? This elite will always deny justice to the poor.

Pakistan Muslim League-Nawaz has not verified the authenticity of this video so far.