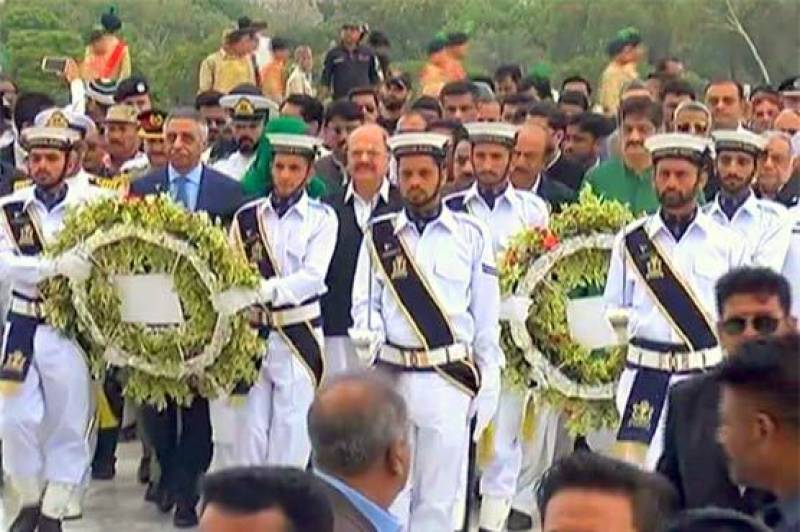 ISLAMABAD - As part of the special Independence Day events, Change of Guards ceremonies were held at the mausoleums of Pakistan’s founding father Quaid-e-Azam Muhammad Ali Jinnah and the Poet of the East Allama Iqbal.

A Navy contingent took over guard duties at Quaid’s Mausoleum in a graceful ceremony that was attended by Sindh Governor Muhammad Zubair and Chief Minister (CM) Murad Ali Shah.

Commandant Pakistan Naval Academy, Commodore Adnan Ahmed inspected the parade, laid a wreath of flowers and recorded his impressions in the visitor’s book.

Sindh Governor Muhammad Zubair, in a special Independence Day message on Monday, said the movement for the creation of Pakistan is remembered on this day.

“Quaid-e-Azam came to this house after partition; he lived here and also made decisions that changed the fate of our nation,” he informed.

LAHORE - Sky roared with fireworks as clock ticked 12:00 am to begin celebrations of 70th Independence Day of Pakistan ...

Zubair paid tribute to Mohammad Ali Jinnah and his colleagues in the Muslim League who strived for Pakistan’s independence.

An elegant Change of Guards ceremony was also observed at Iqbal’s Mausoleum in Lahore where a contingent of Pakistan Army took over guard duties, Dunya News reported. 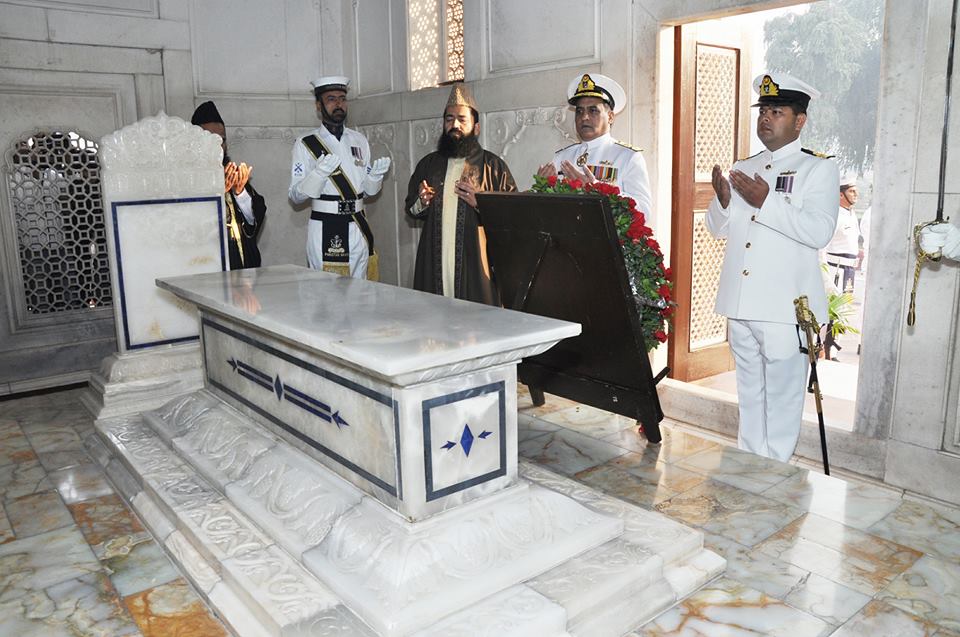 The 70th Independence Day is being celebrated with great zeal and fervour.

Overseas Pakistanis and Pakistani missions abroad are also celebrating the blissful occasion in their respective countries and are organizing different functions in this regard.