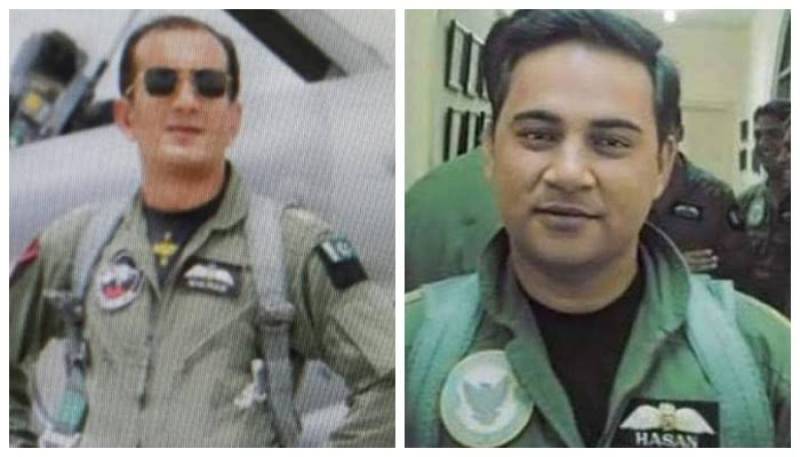 ISLAMABAD – President of Pakistan Dr Arif Alvi on Wednesday conferred military honour upon two hero pilots of Pakistan Air Force (PAF) for downing two Indian jets over the disputed border region of Kashmir , in a significant escalation of the crisis between the two nuclear-armed powers.

A day after IAF fighter jets claimed to have hit a militant camp in Balakot in northern Pakistan, early dawn on Feb 27 saw retaliation from the Pakistan Air Force (PAF).

After an aerial engagement in Jammu and Kashmir’s Nowshera sector, Pakistan claimed that it captured one Indian pilot.

The downed pilot was identified as Wing Commander Abhinandan Varthaman and seen in a video of what appears to be an interview at a Pakistani Air base, in which he praised the professionalism of Pakistan Army but denied to share any sensitive information.

His warplane, MiG 21 Bison, hit by Wing Commander Nauman Ali Khan, had crashed on Pakistani side of the Line of Control, while the second IAF fighter jet Sukhoi Su-30, which was downed by Sqn Leader Hassan Siddiqui, landed on the Indian side.

The same day, India confirmed the loss of one plane (MiG-21 Bison) and claimed it also shot down a Pakistani jet (F-16) as it responded to the incident. However, the Indian claim was later debunked by US officials who said that they have counted the number of Pakistan Air Force F-16s in service and can say that none were lost to the Indian Air Force on that day.

Pakistan, on March 1, handed over the IAF pilot to India authorities as a gesture of goodwill, never acknowledged by the hardline Hindu government in New Delhi.

ISLAMABAD – Pakistan Air Force (PAF) has announced to remember in history its response on February 27 this year ...