No exchange of sweets between Pakistan Rangers, BSF at Attari-Wagah border 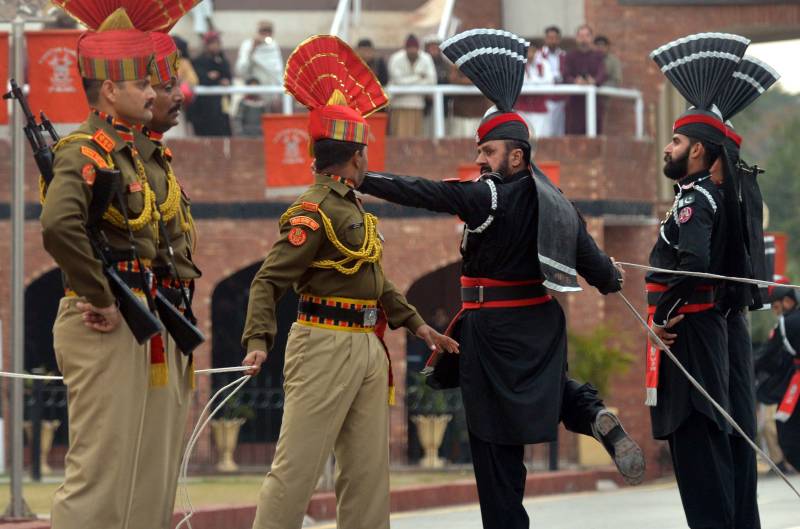 LAHORE - Pakistan Rangers and the Indian Border Security Force (BSF) personnel did not exchange sweets and greetings on the occasion of Pakistan Independence Day along the Attari-Wagah Border in Punjab.

According to media reports, breaking the traditional border ritual, the guarding forces did not exchange sweets on the occasion of Eid this year.

BSF personnel were willing to exchange sweets with their Pakistani counterparts on the occasion of Eid-ul-Adha but Pakistani Rangers did not revert in this regard, the media reports added.

Pakistani Rangers on Sunday informed BSF personnel that there would be no exchange of sweets on the occasion of Eidul Azha.

Personnel of the border guarding forces have traditionally exchanged sweets on religious and national festivals of the two countries, barring a few occasions when the diplomatic relations were at low.