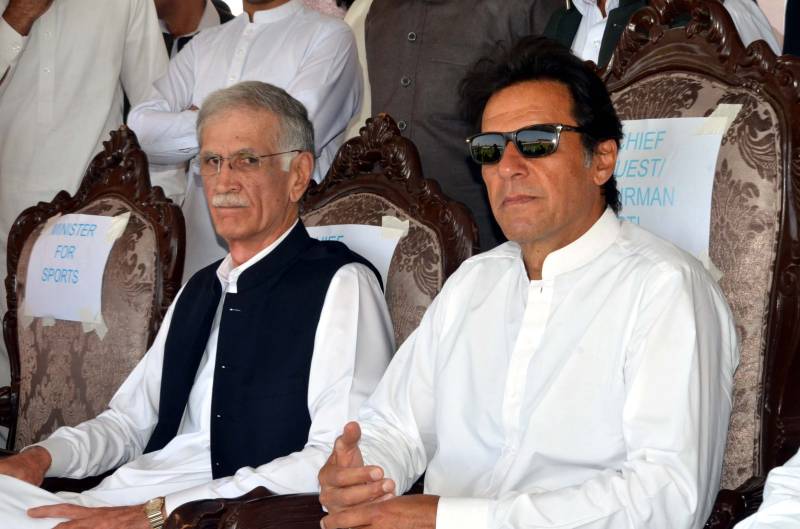 ISLAMABAD - Former chief minister Khyber Pakhtunkhwa, Pervez Khattak was ordered by the Supreme Court on Friday to deposit Rs1.365 million for an advertisement featuring his photograph.

The incumbent defence minister was directed to deposit the money in national exchequer within ten days.

A three-member bench of the apex court headed by Chief Justice Mian Saqib Nisar heard a suo motu case pertaining to media campaigns run by the governments of Sindh, Punjab and KPK; the chief justice had taken suo motu notice of the issue in February.

During the hearing today, the additional advocate general for KP informed the bench that Khattak was willing to deposit Rs 1.365m from his personal account.

The court permitted the minister to do so and observed that a report should be submitted after the amount was deposited.

Chief Justice Mian Saqib Nisar had remarked that Shehbaz Sharif in an exemplary move had submitted the cheque voluntarily and other leaders should also follow the same.

CJP Nisar during a hearing of the case had termed using pictures for self-promotion as inappropriate.

"The use of pictures in government ads on TV or in print is henceforth prohibited by the court," he had observed.