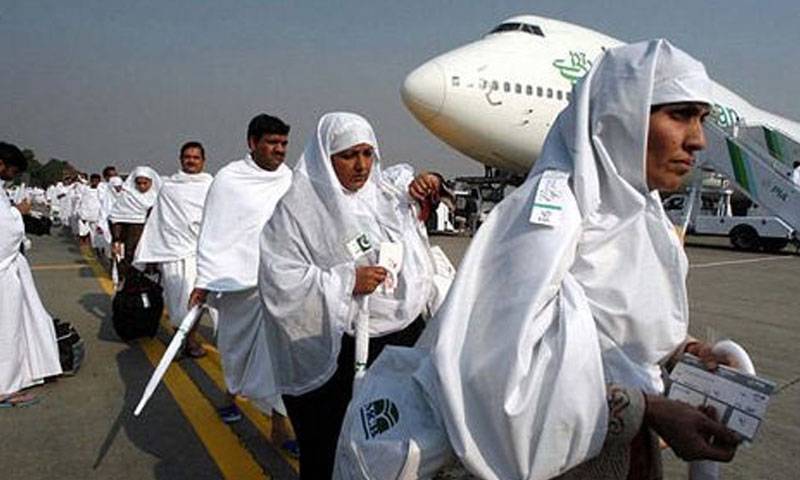 ISLAMABAD - The pre-Hajj flight operations will start from July 24 and will continue till August 26 this year, the Ministry of Religious Affairs and Interfaith Harmony said on Friday.

The first Hajj flight will set off from Islamabad for Madina on July 24, the ministry said while releasing the flights schedule.

More than 107,000 people would perform the annual pilgrimage through government scheme, while nearly 72,000 would go to Saudi Arabia through private scheme.

The return flights will start from September 6 and will continue till October 6, 2017.

An amount of Rs. 13,050/-, non-refundable, would be charged from the pilgrims, who opt for Qurbani arrangements through Office of Pilgrim Affairs of Pakistan (OPAP), according to a ministry official.

The Qurbani coupon would be purchased and delivered to pilgrims before Mina movement. Those who do not avail this option will make their own arrangements, he added.

Intended pilgrims can check their flight schedule on the ministry's website.