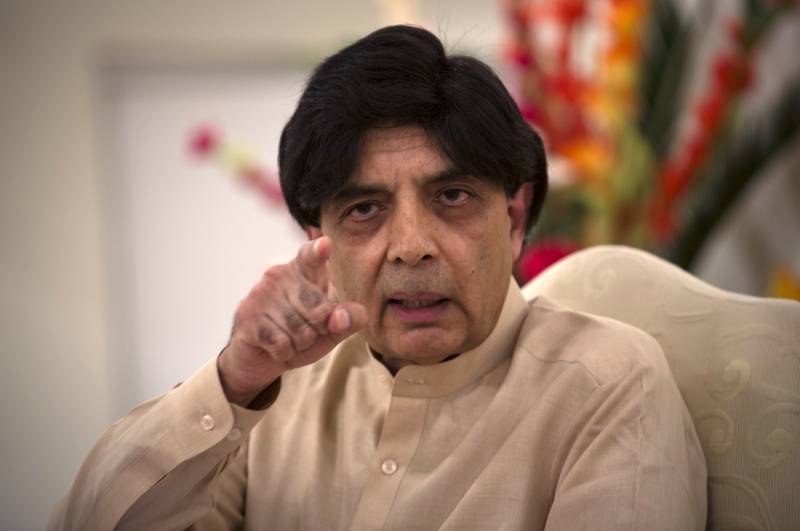 ISLAMABAD -  Rumours are afloat that the Federal Interior Minister Chaudhry Nisar Ali Khan is considering to quit the Pakistan Muslim League (PML-N) as media reports said that the interior minister did not attend Friday’s crucial meeting of the PML-N’s parliamentary party headed by the Prime Minister Nawaz Sharif.

Samaa TV reported that the interior minister’s absence indicates the widening of the gap between him and the party.

Earlier, in a previous meeting of the federal cabinet, Chaudhry Nisar arrived late and left a little while afterwards before the moot was wrapped up.

The interior minister is on record to declare that he would be the first person to sever ties if the corruption charges against the Sharif family are proved right, Samaa TV added.