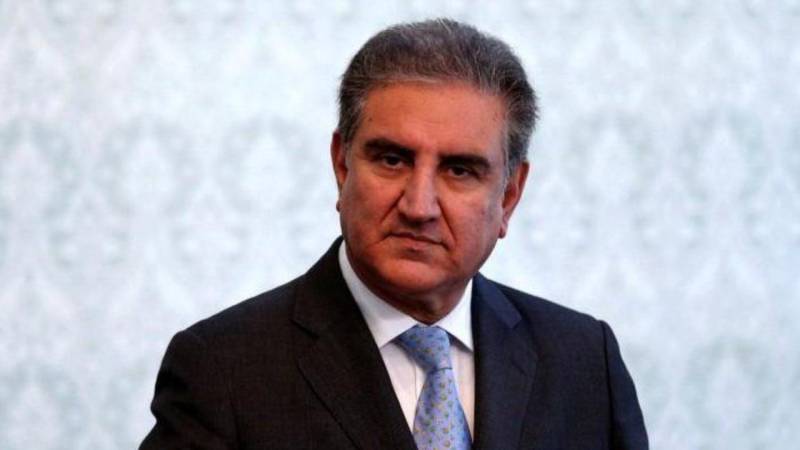 ISLAMABAD – Foreign Minister Shah Mahmood Qureshi will be attending an emergency session of the executive committee of foreign ministers of the OIC to evolve a joint strategy regarding situation in Palestine.

The session, which has been called at the request of Saudi Arabia, convened on Sunday.

The foreign minister also held a telephonic conversation with Ameer Jamaat-e-Islami Siraj-ul-Haq, wherein he said that participants of the OIC session will be briefed about the concerns and anxieties of the people of Pakistan over the Palestine situation, state broadcaster reported.

He also apprised the JI Chief about Pakistan's diplomatic efforts, made so far, over the issue of Palestine.

Qureshi said Al-Aqsa Mosque is one of the most sacred places of Muslims and its protection is part of our faith.

The foreign minister said the entire Muslim Ummah has serious concerns over Israeli attacks on Palestinian Muslims when they were praying at Al-Aqsa Mosque during Ramadan.

He also updated Siraj-ul-Haq about Prime Minister Imran Khan's efforts to engage the international community to get stopped the ongoing Israeli atrocities against people of Palestinian.

Qureshi said that all the political parties of Pakistan are united and unanimous over the issues of Kashmir and the Palestine.

The JI Chief assured the Foreign Minister of every possible support from his party over the Palestine issue.

Both the leaders also strongly condemned Israeli aggression against the innocent Palestinians.