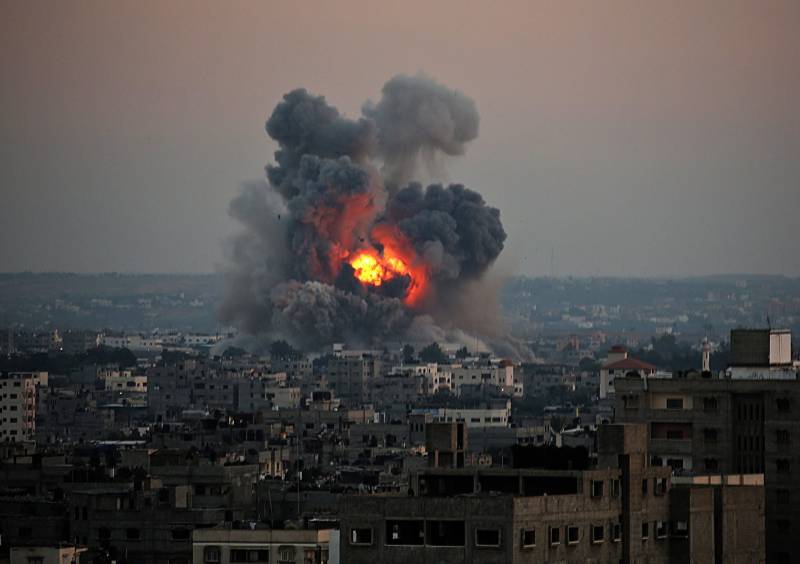 JERUSALEM – The causalities in Palestine are on a constant rise as Israeli attacks enter the fifth day with no sign of abating.

According to the latest figures from Palestine health officials, at least 115 people, including 29 minors, have been killed in Israeli airstrikes while 7 Israeli succumbed to injuries during retaliation from Hamas.

The Jewish force continued to bombard Gaza ignoring international calls for peace, as it also beefed up the troop’s deployment near the besieged Palestinian enclave.

Meanwhile, Israel threatened Palestine with ground attack amid airstrikes while residents of northern Gaza confirmed an International news agency that they had seen no sign of Israeli ground forces inside the enclave but reported heavy bombardment.

JERUSALEM – The death toll in Palestine has soared to 69 on Thursday as oppressed Palestinians woke up to mark ...

As per the latest updates, the U.N. Security Council will publicly discuss the Israeli violence on Sunday, diplomats confirmed after the US earlier objected to a meeting on Friday.

PM strongly condemned the attacks on innocent worshipers in Al-Aqsa Mosque and lethal airstrikes by Israel in Gaza, resulting in the martyrdom of so many civilians, including children while the Palestinian president welcomed Pakistan's support amid Israel's attacks in Palestine.