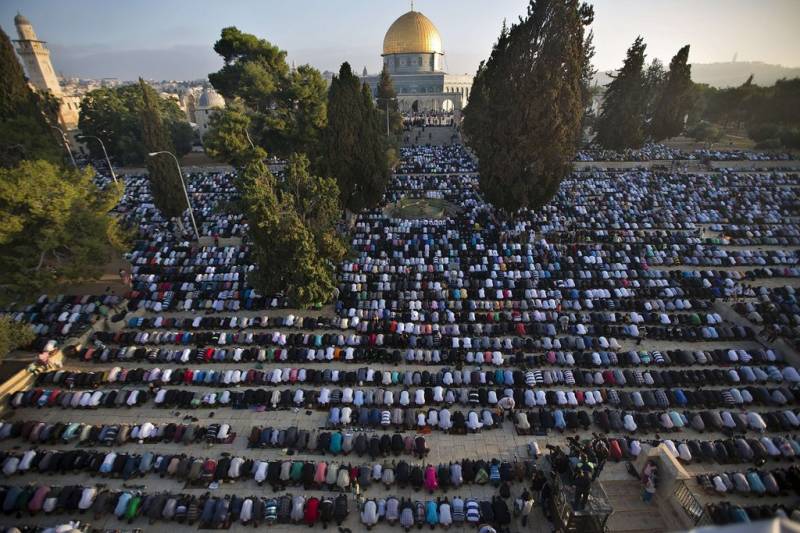 JERUSALEM – The death toll in Palestine has soared to 69 on Thursday as oppressed Palestinians woke up to mark Eid-ul-Fitr amid bombardment from Israeli forces.

Despite the deadly attacks from Jewish authorities, an estimated 100,000 worshipers gathered at the holy site to perform the Eid prayers.

As per the latest updates from Gaza, Israeli forces ramp up airstrikes and bomb police headquarters along with security buildings while 69 Palestinians have been killed so far including 17 minors.

Amid the heavy bombardment on various locations in Gaza, heavy damage has also been reported near the residential areas, including the leveling of multistory buildings.

Meanwhile, Hamas announced the death of its Gaza City commander along with other senior members of the group during an Israeli airstrike. The recent attacks also razed the national security office of Hamas. 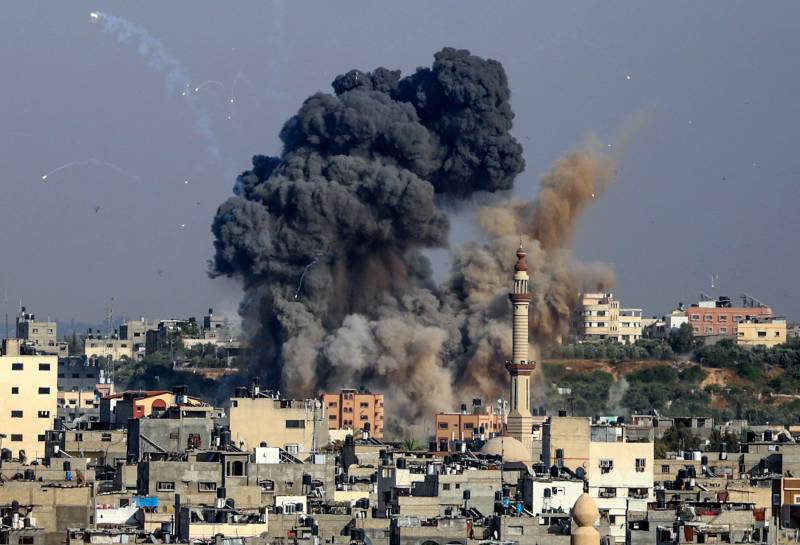 A report of an Arab newspaper stated that a pregnant woman, Reema Telbani, and her child were killed in an Israeli attack on their home in Gaza City’s Tel al-Hawa neighborhood. Attack on Gaza’s Sheikh Zayed neighborhood buried an elderly couple under the rubble.

Hamas, during the retaliation, also launched a barrage of rockets into Israel after Israeli missiles destroyed the third tower in the besieged coastal territory in which at least seven Israelis, including one minor, have also been killed. According to the Israeli army, at least 1,500 rockets have been fired at Israel and they have added reinforcements near the enclave’s eastern lands.