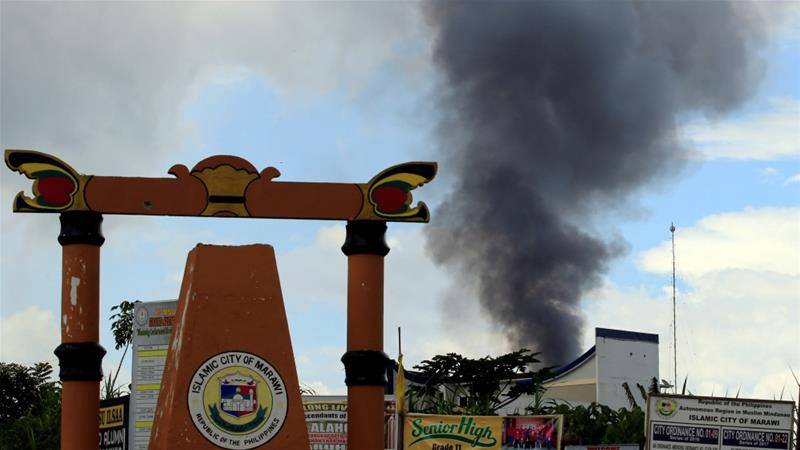 MANILA - Ten Philippine soldiers were killed after fighter jet hit its own troops during efforts to drive out ISIL fighters from Marawi City, the defence minister said on Thursday.

According to international media, Delfin Lorenzana told reporters that seven other soldiers were injured on Wednesday when two air force SF-260 close air support planes dropped bombs on a target in the heart of city. The first plane successfully hit the target but the second missed, causing deaths of government troops.

Aljazeera news quoted Lorenzana as saying,"It's very sad to be hitting our own troops. There must be a mistake somewhere, either someone directing from the ground, or the pilot."

The armed forces have been trying to use ground army and air raids against Maute rebels having links with the Islamic State of Iraq and the Levant (ISIL) group, who have occupied parts of the city for eight days.

Lorenzana said that the military might halt air strikes as the rebels are not strong enough to hold out for long.

He added that air raids were being carried out at locations where possibly emir of ISIL, Isnilon Hapilon is hiding.