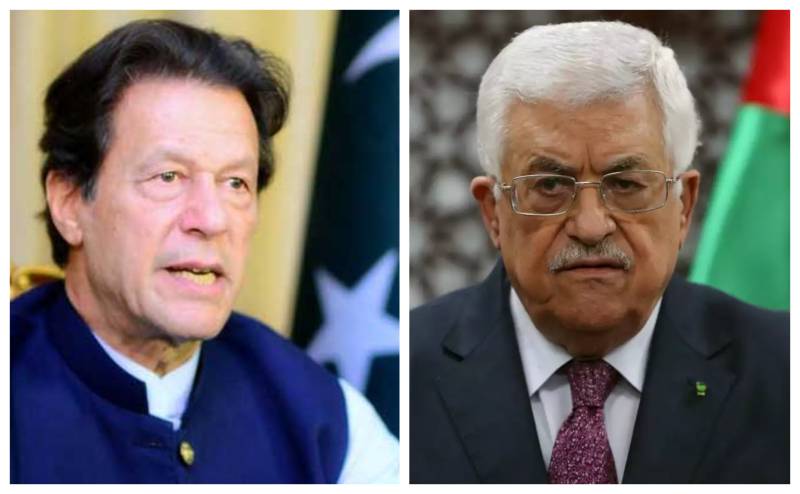 ISLAMABAD – Prime Minister Imran Khan has reaffirmed Pakistan's steadfast support for the rights of Palestinian people and their legitimate struggle.

In a telephonic conversation with the Palestinian President Mahmoud Abbas today, the Prime Minister strongly condemned the attacks on innocent worshipers in Al-Aqsa Mosque and lethal air strikes by Israel in Gaza, resulting in the martyrdom of so many civilians, including children.

The Pakistani premier reassured President Mahmoud Abbas of Pakistan's efforts in mobilizing the international community against such flagrant violations of human rights and international law.

He re-affirmed Pakistani leadership's complete support during this time of crisis.

The two leaders agreed to continue to closely engage on the ongoing situation.

The death toll from more than two days of Israeli strikes on Gaza has risen to 83, the health ministry controlled by Hamas said Thursday.

The dead included 17 children, while 487 people have been wounded, the ministry said.