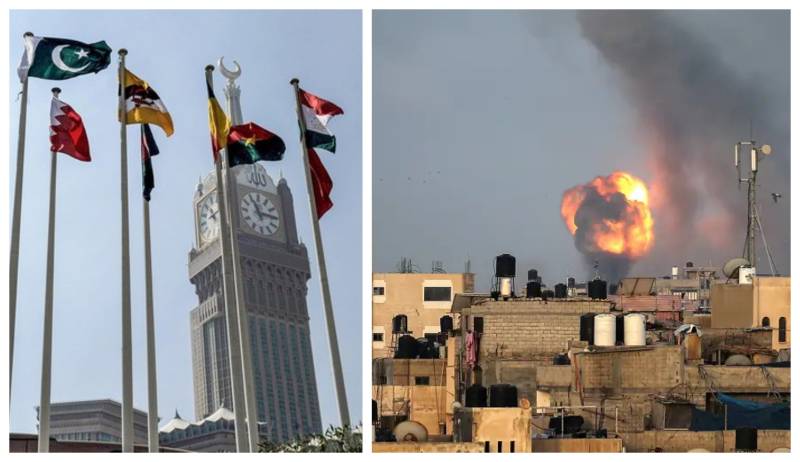 NEW YORK – The OIC Group at the United Nations has unanimously adopted a Pakistan-proposed statement that condemns Israel and reaffirms support for Palestinians.

Pakistan's UN Ambassador Munir Akram proposed issuing the statement when the OIC envoys virtually met in New York to consider the situation arising from Israel's aggressive actions against Palestinians at the Al-Aqsa compound and to demonstrate "unequivocal and strong" solidarity with Palestinians.

The statement "called for swift international action to address this crisis situation with the aim of bringing a halt to all of the flagrant violations in the Occupied Palestinian Territory, including East Jerusalem, and holding Israel, the occupying Power, accountable for its crimes against the Palestinian people."

Recent days have seen the most intense hostilities in seven years between Israeli occupational forces and Gaza protesters, triggered by weekend unrest at Jerusalem's Al-Aqsa mosque compound, which is sacred to both Muslims and Jews.

The Israeli atrocities are followed by illegal evictions of Palestinian families from the Sheikh Jarrah neighbourhood of east Jerusalem to facilitate Jewish settlers.