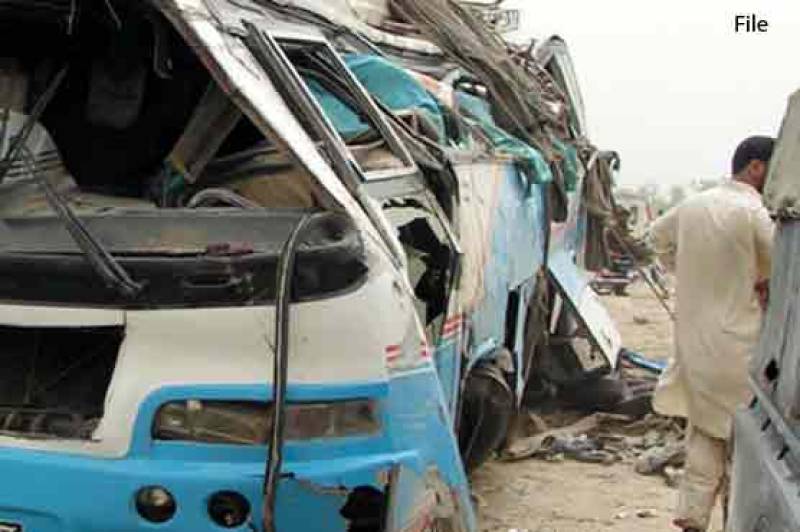 MIAN CHUNNU (Web Desk) - A passenger bus has overturned near Mian Chunnu, due to which 15 people have been killed, while more than 30 injured.

According to details, a passenger bus heading to Jhang from Vehari, carrying pilgrims has overturned while turning, due to which 15 people have been killed. Dead Bodies of 9 people and more than 20 injured have been moved to DHQ Hospital Vehari, where emergency has been imposed.