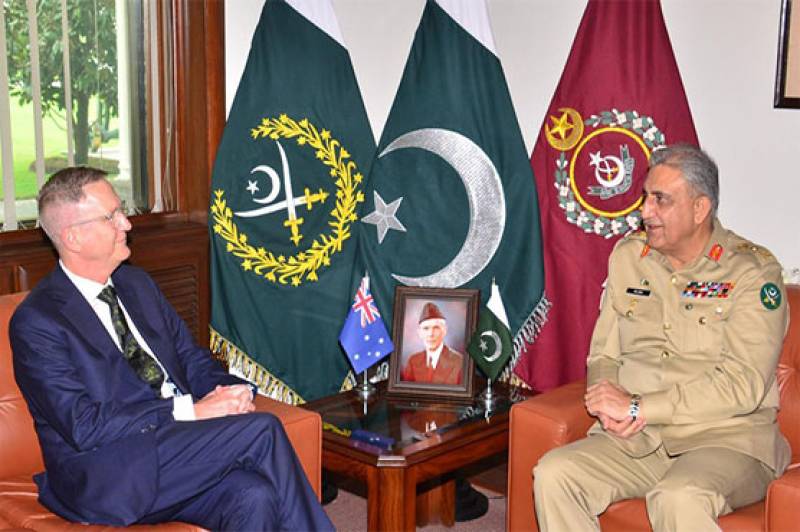 According to Inter-Services Public Relations (ISPR), the meeting between General Qamar Javed Bajwa and Australian High Commissioner was held at the General Headquarters in Rawalpindi.

ISPR stated in a press release that matters of mutual interest including bilateral cooperation and regional security were discussed during the meeting.