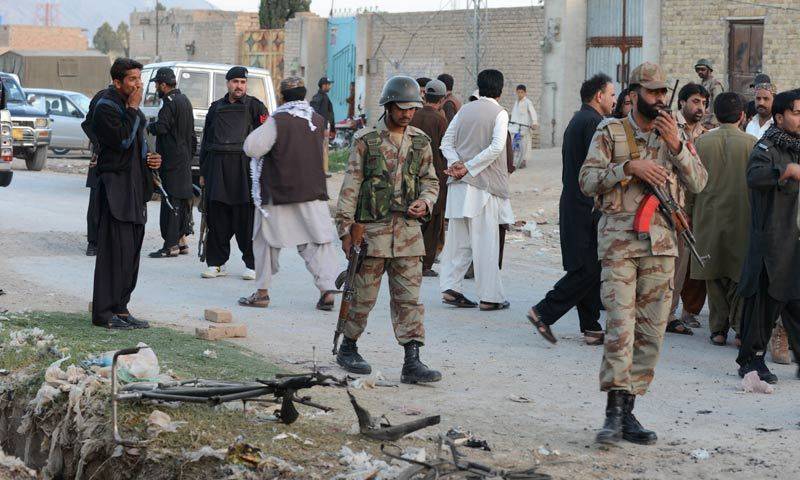 QUETTA (Web Desk) -  At least two Frontier Corps (FC) personnel were gunned down on Friday while another was critically injured as militants opened fire at them in Quetta.

The incident happened on the Sabzal road of the provincial capital when officials of the law enforcement agency were patrolling in the in the jurisdiction of Kharotabad police station.

Two of the personnel died from severe wounds while another was left injured after he received a bullet in his head. The attackers are still at large.

Meanwhile, Chief Minister Balochistan, Nawab Sanaullah Khan Zehri, strongly condemned firing at the personnel by armed militants. Zehri paid homage to the personnel who he said were killed in the line of duty. He also sought a report of the incident and directed measures to ensure arrest of the culprits involved.

Attacks on security forces by militants are common in Balochistan. The province has long been plagued by militants who for their personal motive locals and especially government officials.