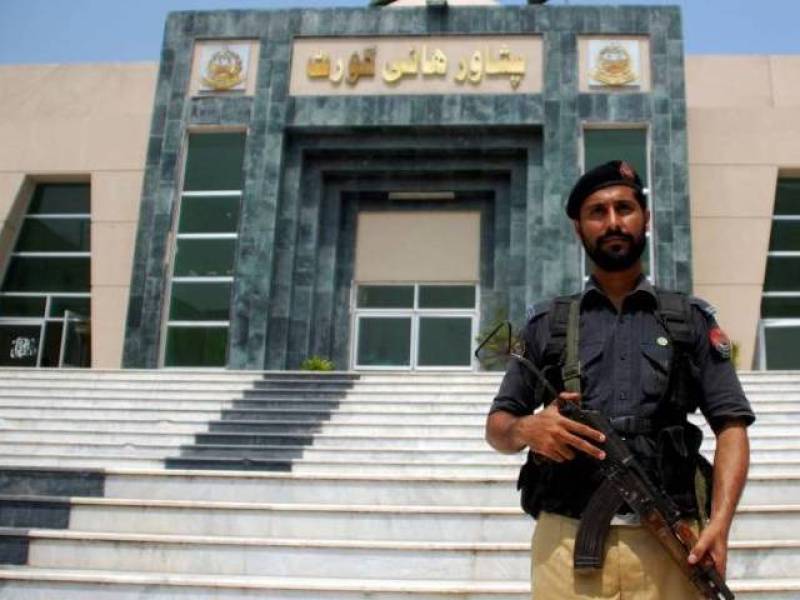 PESHAWAR - A Peshawar High Court bench has stayed the execution of a person involved in militancy, suspending the death sentence awarded by a military court.

Convict Mohammad Bashir was sentenced to death on account of different acts of terrorism, including a suicide attack on the residence of an MNA around a decade ago.

The bench comprising Chief Justice Waqar Ahmad Seth and Justice Ms. Mussarat Hilali issued notices to the ministries of defence, interior and the Khyber Pakhtunkhwa home department, seeking the record of the case after the preliminary hearing.

The petition was filed by Mohammad Aziz, a resident of Dera Ismail Khan, who challenged the conviction of his brother Mohammad Bashir.

The petitioner claimed that his brother was innocent and was falsely implicated in the cases mentioned by the Inter-Services Public Relations (ISPR) against him.

He alleged that his brother was taken into custody in 2009 and had remained a missing person but now they came to know that he was convicted by a military court.

The ISPR in a press release on Sept 10 had announced the conviction of 13 ‘hardcore terrorists’ by the military courts, including Bashir.

As per ISPR press release, Muhammad Bashir S/O Abdul Rashid was a member of a proscribed organization. He was involved in attacking the house of Senator Moulana Atta Ur Rehman, at Dera Ismail Khan. He also abetted terrorist Sadiq Ullah, a suicide bomber, in attacking the residence of Rasheed Akbar Niwani, a member of National Assembly, which resulted in death of 21 civilians and injuries to 59 others.

Moreover, he was involved in causing death of Moulana Nazir Hussain Naqvi, four other civilians and wounded another. The convict confessed his offences before the judicial magistrate and the trial court. He was awarded death sentence.