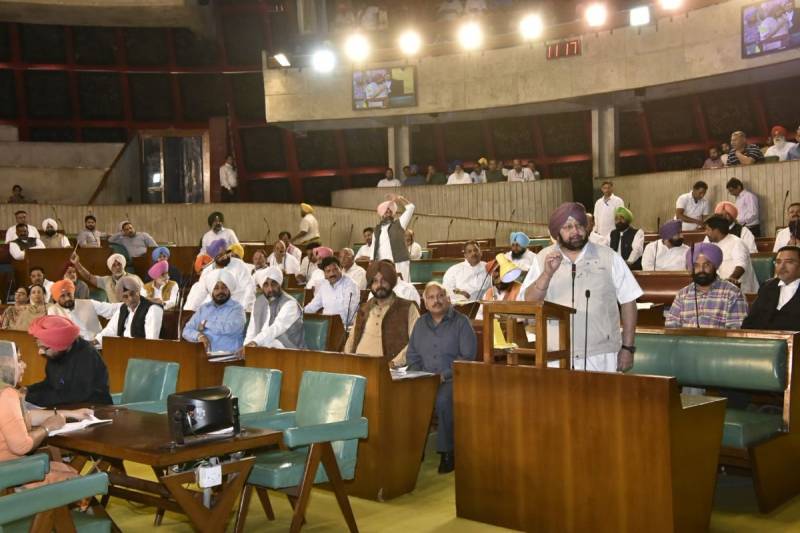 NEW DELHI - The Punjab Legislative Assembly in India passed a resolution on Friday, suggesting to swap the land with Pakistan in a bid to bring the Kartarpur Sahib Gurdwara, located on the Pakistani side, within the Indian territory.

The resolution was initially intended to praise the efforts of the Punjab government and the BJP regime led by Narendra Modi for opening a cross-border corridor to facilitate Indian Sikh pilgrims.

However, Akali Dal chief Sukhbir Singh Badal demanded that land swap with Pakistan be made a part of the resolution which was accepted before the resolution was passed unanimously.

Moreover, Sukhjinder Singh Randhawa, member of assembly from Dera Baba Nanak, suggested land from his constituency could be handed over to Pakistan in the swap; the corridor is proposed to start from the same area.

NEW DELHI - Indian Prime Minister Narendra Modi has expressed that the Kartarpur corridor can act as a bridge to ...

The provincial assembly also urged the Centre to complete the work for opening the corridor before the 550th birth anniversary of Guru Nanak Dev in November 2019.

The chief minister said he hopes the corridor would become a "bridge of peace" and reiterated he would accompany the first 'Jatha' to Kartarpur next year.

He also congratulated Pakistan's Prime Minister Imran Khan for the corridor development saying, people have high hopes from him.

Though Congress leaders tried to discuss the long-controversial debate of terrorism amid the assembly proceedings, the opposition leaders said there should be no "negativity" on the Kartarpur corridor issue.

"It is a historic resolution and we unanimously support it. But there should not be any negativity. Terrorists do not have religion and they only follow their mission. It is the government of India which will ensure foolproof security," said SAD chief Badal.

Chief Minister Punjab, Amarinder Singh had refused to visit Pakistan on an invitation extended for the foundation stone-laying ceremony of the Kartarpur Corridor.

Navjot Singh Sidhu had attended the ceremony earning the appreciation from Pakistan and criticism back home.

The Gurdwara Kartarpur Darbar Sahib in Pakistan’s Narowal city holds religious significance for the Sikh community; it is the place where Baba Guru Nanak settled down after his travels as a missionary.

The decision to open the Kartarpur border was made after Imran Khan assumed office in August.

The Pakistani government had also invited India’s Minister for External Affairs, Sushma Swaraj to attend the ceremony on the Pakistani side.

However, Indian foreign minister thanked his counterpart Shah Mahmood Qureshi for inviting her and said other ministers will attend the ceremony on the behalf of India.