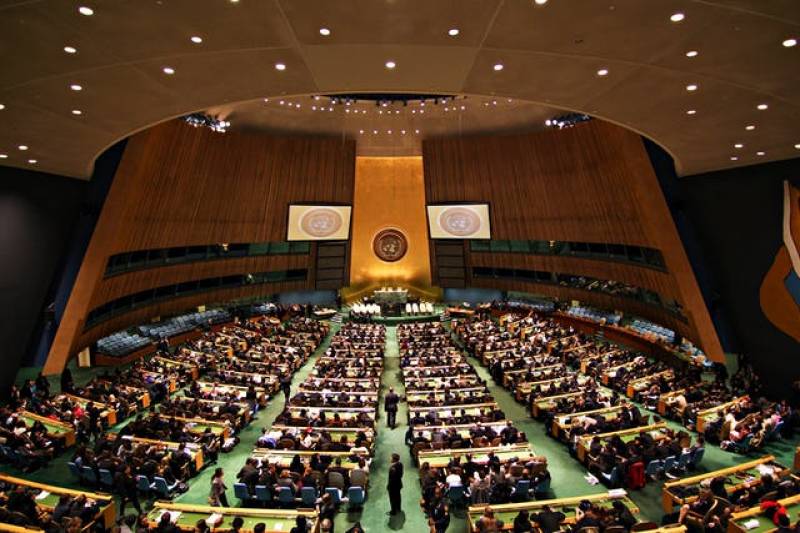 ISLAMABAD – Pakistan has assumed chairmanship of the Group of 77, the largest group of developing countries at the United Nations.

Pakistan is among the founding members of the group and has served as its chair thrice. It was elected chair of G77 again in December 2021.

Foreign Minister Makhdoom Shah Mahmood Qureshi presided over the proceedings of the opening segment of the handover ceremony held in a virtual format, which was also attended by the outgoing Chair (Foreign Minister of the Republic of Guinea), UN Secretary-General, and President of the UN General Assembly.

Speaking on the occasion, the foreign minister lauded the significant contributions made by G-77 towards advancing the economic and social objectives of developing countries in international development negotiations at the United Nations and beyond.

He stressed the need to retain cohesion and unity in G-77’scollective endeavours to promote prosperity in conditions of equity and equality.

Qureshi offered concrete ideas for addressing the triple crisis being faced by the world today– the COVID-19 pandemic; the related economic downturn; and the threat posed by climate change.

On COVID-19 pandemic, the foreign minister highlighted that the public health crisis had affected the developing countries disproportionately. He called foruniversal distribution of vaccine as the best response to the mutating virus.

Regarding the pandemic-induced global economic recession, he underscored the need for mobilizing resources from all possible sources includingdebt restructuring; fulfilment of the 0.7 percent ODA target; redistribution of the $650 billion new SDRs; and larger concessional finance from the IMF and the multilateral development banks, as well as by curbing the illicit outflow of trillions of dollars from developing countries.

Turning to the threat posed by climate change, the foreign minister emphasized that the major onus for mitigation must be assumed by the industrialized countries and all climate actions must adhere to the Principle of Common but Differentiated Responsibility.

He noted that, as the G-77 Chair, Pakistan will work with all the member states to develop effective and concerted response to the multiple challenges confronting developing countries and also promote avenues for South-South Cooperation.

Established in 1964, G-77 is the largest inter-governmental grouping of developing countries in the United Nations consisting of 134 member states.

It provides a platform to the Global South to articulate and promote their collective interests within the UN system. Pakistan is one of the founding members of the Group and has had the distinct privilege of serving as its chair in New York on three occasions in the past.