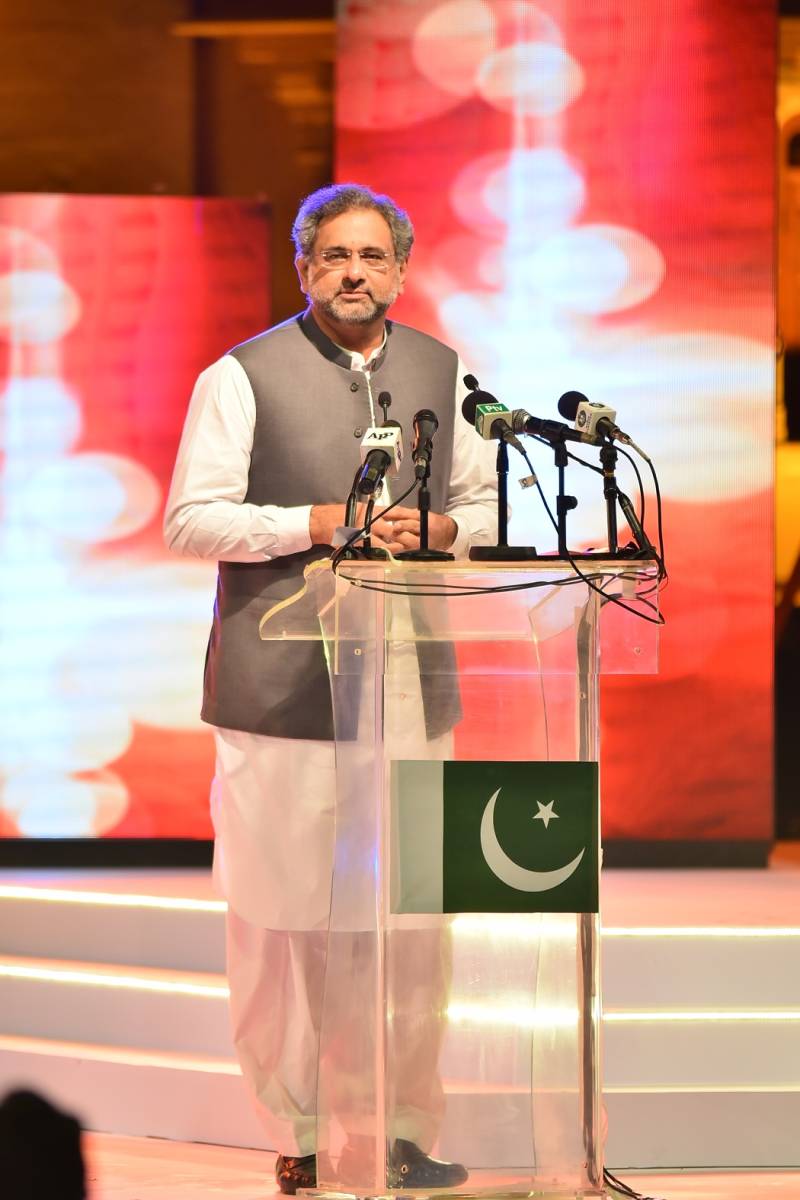 QUETTA - Prime Minister Shahid Khaqan Abbasi has announced a 10-year development package for Balochistan in a bid to enable its citizens enjoy the same facilities that are available to other provinces.

Revealing the details of the equalisation development package, the premier expressed that people in every union council of Pakistan's biggest province by land would be provided all basic facilities, including education, drinking water and gas.

Abbasi, who landed in Quetta on Tuesday presided over two meetings — one on law and order and the other on development projects — at the Governor House after which the package was announced.

PM Abbasi said the federal and provincial governments would equally fund the development package, which would be launched during the current year.

'The package was proposed by CM Zehri during the meeting and the Centre had accepted it and assured the provincial government of all help and cooperation in its implementation' he said in a media interaction.

Regarding the meeting on development schemes, he detailed that the Sui Southern Gas Company’s Rs20bn project regarding mixing of LPG in the gas supply system and other projects worth Rs80bn, including those being carried out under the China-Pakistan Economic Corridor (CPEC) were reviewed.

The prime minister assured that he would visit Balochistan after every two months to review the pace of work on development projects launched by the federal and provincial governments.

Earlier, Mr Abbasi told the participants of the meeting that the socio-economic development of Balochistan was a priority of his government.

Another meeting regarding law and order was chaired by PM Abbasi in which he said the sacrifices rendered by law enforcement personnel for bringing peace to Balochistan were unmatchable.

'The federal government will provide full support to the Balochistan government in improving the law and order situation' he reiterated.

Balochistan's Home Secretary Dr Mohammad Akbar Harifal briefed the meeting on law and order and the steps being taken by the provincial authorities to curb terrorism and militancy in Balochistan.

The meeting offered Fateha for the martyrs of terrorist incidents.